The Axe Murderer and the Ice Princess Cometh

They were scheduled to arrive around late evening, but somehow, their bus from Toronto got delayed, so they didn't show up until a little before midnight. I originally was scheduled to meet them in the bus stop downtown, but before that, the Axe Murderer already told me that they would find their own way to my house so that would not be necessary at all. That turned out to be a good thing, since I had that stupid food poisoning, so I wasn't feeling all too well. Anyway, any more references to that stupid food poisoning will be refrained from in this post.

So, they got in late at night, and after some pleasantries, gift exchanges, and other niceties, the wine slumber party started. Haha, this was fun. I have a rather minimalist apartment, since I don't have a guest room, no extra bed, since after all, I won't be staying here in Buffalo for long. So why would I invest in making my apartment pretty? Anyway, so I told them that beforehand, so they brought sleeping bags and blankets. It was like camping in my bedroom. Camping, accompanied with two bottles of cabernet sauvignon. One was rather spicy, from Mendoza, Argentina. The other was rather sweet, from California. After two bottles and a ton of conversation, we fell asleep at around 3:00 AM.

Waking up the next day brought headaches. But hey, it was all fun. We showered, and then went to breakfast at Amy's Place, which is this very hippie and interesting diner that is just a couple of minutes away from my apartment. The place is always full, and the staff looks interesting as well. Depending on the time of the day, they're either sizzling hot guys or scary-looking lesbians(?) who would take your order and bring your food.

Anyway, for the Ice Princess, this is her first visit to America, and it basically was a big deal. I got reminded of early immigrants to the USA from Eastern Europe. The Ice Princess, being from Romania, was very funny. We saw the power cords that the traffic lights hung from, and she took a picture of it. It made me realize that there are plenty of things that I just took for granted here.

After breakfast, it was already a little before noon. There was a little need to go to the convenience store, so we headed to one, and then we went to North Campus because we had tickets to see Rent. Rent was being produced by the Department of Theatre and Dance, and the show was fully booked for all performances. We all enjoyed the show, and we were joined by the Ninja Warrior.

After Rent, the Axe Murderer, the Ice Princess, the Ninja Warrior, and I went to Applebee's for dinner. The Ice Princess wanted the American experience, so we figured an American sports bar restaurant would be the ideal. She loved her apple pie by the way. The look of her thoroughly enjoying that plate of sizzling apple pie made me realize that sometimes I get to overlook the simple joys in life at times. There are times in which I may be zooming through life, pursuing my hopes and dreams, that sometimes, I forget to stop and enjoy the scenery.

Alas, all visits must come to an end, and so the 24-hour stay that the Axe Murderer and the Ice Princess had with me had to end as well. We stopped by a wine store to buy some Californian wine, since the Ice Princess wanted some to carry back to Canada. After that, we went back to my place, they packed their bags, and then they were off to the bus station again.

All in all, it was a great and educational weekend (I didn't realize that "ZZZZZZZZZZZZZZZZZZZZZZZZZ" can be a sound that describes something totally unrelated to sleeping at all). I hope that I can fix this travel inflexibility that I currently have, so I can cross the border again sometime and return their visit in the future. 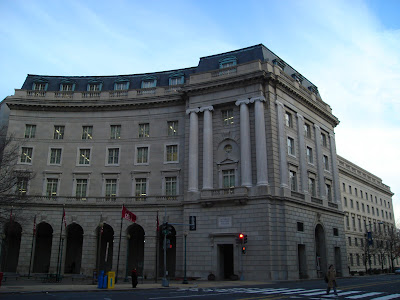