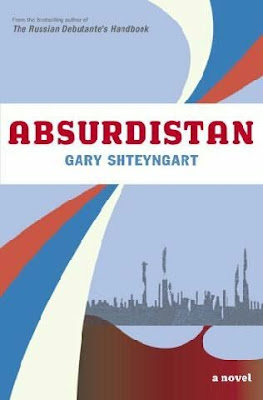 This novel was absurd. And I didn't like it.

This novel is about a big fat Russian Jew, whose lifelong goal in his life is to immigrate to the United States. He used to live in the United States, since he lived in New York City as a student. He is the son of a very rich businessman, so he has plenty of money to burn. However, his father killed a businessman in Oklahoma, so because of that, he has problems in getting another visa from the United States.

So, what does he do? While in St. Petersburg, he whines and whines and complains about how the US Consulate always denies his visa application. He has various weird friends, and he drinks with them. He has an American girlfriend, who adores him primarily because of his money, not because of his body, since hey, he is fat, and his khui got mutilated due to a botched circumcision operation.

They go to Absurdistan, and sure enough, he gets his Belgian citizenship, but the problem now is exiting the country. Soon after getting his Belgian citizenship, civil war erupts. Chaos reigns. He cannot get out, and sooner than later, he gets involved in the local politics. The second half of the book is actually devoted to the ups and downs of the adventures that he gets himself into while in Absurdistan.

Now, is this novel funny? Yes. Is this novel absurd? Yes. Is this novel literature? Most probably not. The thing is, every chapter has its own set of funny stuff that makes me laugh while reading it. However, I am not sure how this can be categorized as literature. I know that this is a satirical novel, but unlike other satirical novels, I don't see the main idea behind it. I don't see a bigger picture. Really, this novel felt like the novel equivalent of a bad movie, perhaps one of the worst movies of all time, such as Freddy Got Fingered. Really, I had hopes in the beginning that the bad novel that this is would turn out better later (that's why I still finished this novel even though I thought that this was a bad one in the beginning), but it didn't. This book gets one star out of a possible five. I returned it to the library, and I am so looking forward to get a new book. 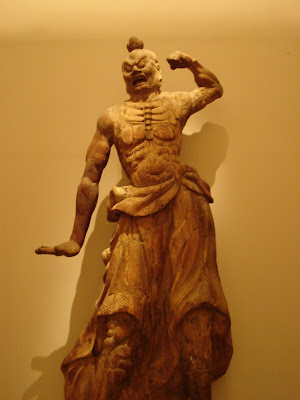 (Temple Guardian, from my Sackler and Freer Collection Series)