Yesterday night, I terminated my account in Wikipedia. It was about time.

I deleted all my user pages, all my user talk pages, blanked all the pages that described my being, and all that. I then made a request to the admins asking to allow me to exercise my right to vanish.

Why did I do this? Well, Wikipedia had its place in my life before. I became a member back in 2005, when I was a first year graduate student. I soon found myself making edits in the aviation and airline realm, fixing articles about airplanes, airlines, airports, and other related articles. I strove for uniformity, and usually found myself up late at night editing articles in my apartment.

A year later, I found myself being reprimanded for a 3RR violation. This happened when I was engaged in an edit war with someone else. It turned out that I was in the right, and my edit was the correct one, but still, I didn't follow the standard procedure, so I was blocked for 24 hours.

Later on, Wikipedia would be therapeutic for me. I would edit articles, and I have access to databases of airline schedules and things like that, so that any new developments in the airline activity would immediately be reflected by my new edit.

But then the dissertation happened. I had taken several Wikipedia vacations before, abstaining from editing for several months at a time. And then most recently, I realized that it doesn't work for me anymore. I wonder why. Did I lose trust in Wikipedia? Probably not, but still, the fact that it is online, the fact that everyone can edit it, the fact that it is not peer-reviewed makes me lose interest. As if editing has become a Sisyphean task for me.

So, as I have said, I bade Wikipedia goodbye. I removed my personal information. I removed my user pages describing who I am and what I am interested in. I don't think that is the place for those information anymore. If people want to know where I have been to, that information is restricted to my friends.

Wikipedia is part of my past. I still have it bookmarked, and yes, I consult it from time to time, but it isn't something that is regularly part of my life anymore.

By the way, check out the new photo series I have been running for a few days now. 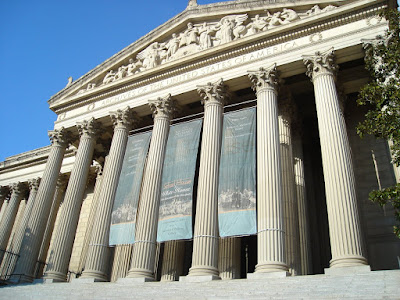