Yesterday, the Swiss decided to ban the construction of minarets in the country. This has been seen as a sign of encroaching Islamism in the country.

So what does this mean? This means that even though one can still build mosques in Switzerland, one cannot attach the tall spires that are associated with them, since it is argued that these are political symbols as well.

This puts Switzerland to the forefront of tensions between Europe and the Islamic World.

Think of it this way. Saudi Arabia wants all females to wear the distinctive garment that covers the whole body, regardless if you're a Saudi national or not. I am fine with that, because that is the rules of that land. If you're a female, regardless of nationality, you cannot operate a motor vehicle. If that's how it is done in that country, then fine, I respect that. But I also wish that foreigners respect the decision of the Swiss public.

I believe that the key point that I am trying to make here is one of openness and cultural relativism. There are various different countries and cultures that thrive here in this planet. And yes, most of these cultures clash and create differences between various individuals. It is not correct to impose one's own culture to another person, especially if one is the guest in this situation. Of course, when I find myself in a foreign land, I might find certain cultural artifacts that contradict my own culture, and since I am the visitor, I respect that. I do not expect the native peoples to make way for my cultural differences. In this case, visitors should not be forcing the natives to change just because the visitors are present. With respect to natives changing the visitors, it would be nice if the natives are understanding when it comes to the cultural differences that visitors have, but I believe that the natives are under no obligation to make way for the visitors, given the fact that it is the visitors who are entering the cultural space that they are foreign to in the first place.

With this in mind, I always think about how Islam seems to be a mystery to me. I am not criticizing Islam, but writing about the things that I find incomprehensible in this religion is simply my way of attempting to understand them. It seems that plenty of people are forced to walk on eggshells for fear of offending Islam and the Muslim population. Salman Rushdie was forced to live in hiding for a decade after writing The Satanic Verses. The director of the movie 2012 decided to eliminate the scene where the Kaaba was destroyed in a fictional catastrophic scene. And we all have seen what happened in Denmark, when cartoonists portrayed the Prophet in various caricatures and the diplomatic repercussions that it produced. All of these events occurred outside of the Islamic World. These "perpetrators" were not present in any Islamic country for them to be actually violating a law. And yet there exists people out there who are willing to kill simply because their cultural norms were violated by someone who doesn't share their beliefs.

It is indeed sad that there are people who are able to be swayed simply by a powerful belief, that once that belief has been set in place, no amount of reasoning, no amount of persuasion, no amount of arguing can convince that person that the truth is indeed the contrary. I find it pitiful that some people can blindly obey like that, that this blind obedience acts as if nothing else is true, and that nothing else is worth living for. I find it sad that some people even think that other people who believe contrary to them don't even deserve to breathe the air we all breathe. 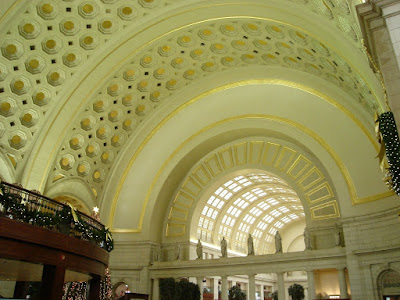