Book Review: The Book of God and Physics by Enrique Joven 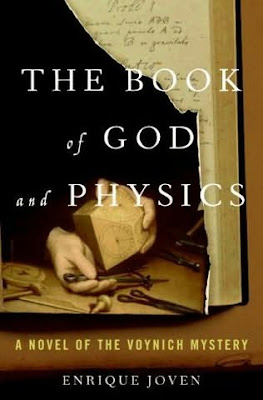 There are several types of books that I like. One of them is this genre that most European writers actually know best. This is the historical fiction that is mixed with a detective story type of genre. Perhaps, the most common example of this book in the mass media realm is The Da Vinci Code by Dan Brown, but surprisingly enough, I haven't read that yet. Perhaps it is because everybody else has read it, and I simply do not want to jump into the bandwagon.

But hey, I have read Foucault's Pendulum by Umberto Eco before. And this current novel is of a similar vein. Written by Enrique Joven, The Book of God and Physics is a story about the Voynich Manuscript. This is an undeciphered manuscript that is currently stored by the Yale University Archives, and it is the subject of several conspiracy theories. Ultimately, the novel presents this manuscript as the crux of the battle between evolution and creation, between right-wing politicians and astrophysicists.

The good thing however, is that this underlying debate between science and religion is not the major part of the book. Instead, the major part of the book concerns three characters, Hector the Jesuit priest and Spaniard who teaches in a monastery and high school; Juana the Mexican bombshell who has connections to American right-wing activists; and John the English astrophysicist who is also an atheist. The three of them engage in various Holmes-style clue-searching in an attempt to decipher the Voynich Manuscript. Their endeavors take them from Valladolid, Spain (where Hector's monastery is located) to the Canary Islands (where John's astronomy lab is located) to Rome (in order to visit the Pantheon) and Bologna (to see a church with an interesting meridian).

I like the book for several reasons. First, it reactivated in me the images of Rome that I encountered back in 2005. I visited The Eternal City back in June 2005, and this book had a very vivid description of the city, and accurate nonetheless. They visited sights that I visited back then, and reading about them just added another dimension to good memories I had.

Another reason why I liked this book is the fact that it was a page-turner. No, there wasn't any intriguing killing that happened, but the detective style and the search for clues kept me reading at a pace that I don't usually have, faster than the usual. I learned a lot about astronomy and calendars, and historical stuff about Johannes Kepler and Tycho Brahe. And it did help that these two characters in history were prominent characters in Prague, which is a city that I visited back in 2006. I actually saw several monuments dedicated to the two astronomers when I was there.

Finally, I liked the fact that this novel mixed fact with fiction. Everything in the book was real, and the only fictitious element of the book were Hector, Juana, and John. Everything else, the conspiracy regarding the Voynich Manuscript, Johannes Kepler and Tycho Brahe, their relationship with Rudolf II of Bohemia, all those were real. I don't like reading about history just by itself, but when there is a story that is intricately twined around it, then things get exciting.

All in all, I am glad that I picked up this book. 5 stars out of a possible 5. 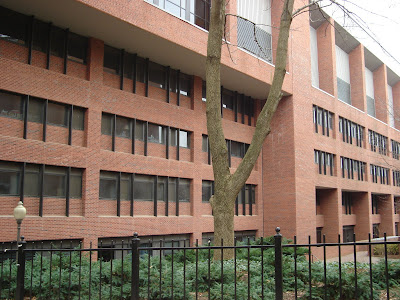