Sometimes, there are instances in which I would have a craving for something that is not really healthy, but is rather good to make and brings comfort when eaten. I have several of these comfort foods, and although not every item of comfort food brings the same pleasure, every item at least brings some sort of pleasure and satisfaction.

One such comfort food I have is my sloppy egg sandwiches. I learned how to cook really early, I think around 6th grade. I learned lots of basic stuff, like cooking rice on the stove, boiling and frying eggs, frying fish, and so on. So, as I was learning how to cook, I soon started experimenting with the stove. I remember back in Japan, since the stove that came with the apartment had a little grill that was included with it, my sister and I would place sheets of sliced sandwich cheese on a plate and grill it, so that it would melt. We called those fondues, and we loved eating melted cheese from the plate.

Anyway, I learned how to fry eggs, so I started making my sloppy egg sandwiches. I usually would make it by having bread, mayonnaise, ketchup, mustard, pickles, and eggs. I would just assemble those ingredients in random order, obviously having a fried egg in between two slices of bread. I would make the eggs sunny side up, and then carefully lay it in between the two slices of bread coated with mayonnaise, and then put some ketchup, mustard, and pickles on top. I would usually fry two eggs and make two of these sandwiches. Then, I would eat them using a fork and knife. The thing is, it is messy because the moment the yolk bursts, the yolk will just be oozing from all sides, so I would eat it with a fork and knife instead.

Another such comfort food is my caprese salad. I learned how to make this when we were on vacation in Rome, Italy. This is very simple to make, all one needs is fresh basil, fresh mozarella, tomatoes, olive oil, and salt and pepper. Here, I would usually buy one pot of fresh basil, two tomatoes from the vine, and half a pound of fresh mozarella. I would divide the basil leaves in half, since I cannot eat all of it at once. One tomato, 1/4 pound of fresh mozarella, basil leaves, salt and pepper, and then drizzled with extra virgin olive oil. Perfect.

Another comfort food I make sometimes is chicken livers. I have two ways of making it, the Filipino style and the Hungarian style. Of course, the comforting one isn’t the Hungarian style. I make it with soy sauce and vinegar, together with onions, garlic, and black peppercorns. The key to delicious chicken livers is that one should not overcook it. Typically, fifteen minutes would be enough, because overcooked livers just taste a little chunky and not juicy at all. It loses the delicate texture it is supposed to have. So, what I do is cook all the vegetables first, so that the onions would be tender and golden. Once that is done, I put the livers in the pot, and fifteen minutes later, I can recreate Asia in my kitchen.

So, what types of comfort food do you have? 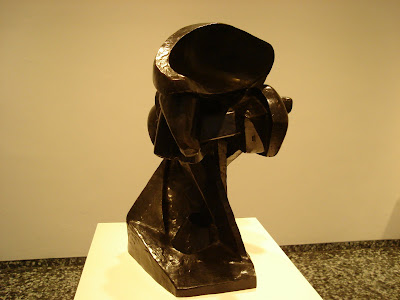