Well, there were a couple of things. In the travel department, I am happy to say that I did not use my passport at all for this year *sarcasm*. Yeah, I kinda did not like that part. I am still stuck at 18 for my country count, and I did not increase that for 2009. Well, there are other priorities, so I attended to that first.

On the other hand, I was able to travel locally. And perhaps, this is the better way to go. I really do not know whether the United States is the place where I will be settling down (yes, your educational system when it comes to graduate school is superb, but there are other things that I think needs improvement), so I might as well visit other areas of the country while I am here. I took a lot of road trips this year, since I had a travel buddy with me. She drove, I navigated. I was able to visit Kentucky, West Virginia, Rhode Island, Washington, Oregon, and Massachusetts for the first time. I was able to visit the Mammoth Caves, I visited several historical sites in Philadelphia, drank beer in Seattle, went green in Portland, and traipsed the Freedom Trail in Boston.

Also, I was able to go to Berkeley, CA to present in a conference, and I was a joint author on another work that was presented in Barcelona. Unfortunately, I was not able to go and present it in person.

Regarding research, I finally finished my qualifying paper, and now I am steps away from defending my dissertation proposal. Entering the job market is now just a couple of years away.

With respect to the family, I saw all members of my immediate family again, back in September. The last time that four of us were in one room was in June 2005, when my sister and I were visiting my parents in Vienna. The last day we were in Vienna was the last time the four of us were in one room, the day when my sister and I would be flying back to Manila. So it's been over 4 years, and it was time to reset the clock. We reset it in September 30, 2009. My parents were visiting the USA and so they flew to New York City (where my sister now lives). I took a week off from school and flew from Buffalo to New York City and met them there. The next day, my parents and I took the train to Boston and spent 6 days sight-seeing. My sister couldn't come with us, however, so it was just the three of us. Therefore, the four of us were in one room again, albeit just for a day.

2009 was also the year in which I got interested in watching arthouse and bizarre movies. We watched Requiem for a Dream, The Science of Sleep, The Pillow Book, and other interesting movies.

2009 was also the year in which I got a chance to be a research assistant. Finally, after being a teaching assistant and looking after undergraduates in the university, I was able to do research and collaborate with faculty. That was nice, because that gave me an opportunity to broaden my skills and apply the statistical knowledge that I gained a year ago. I started designing my own experiments, and they were good enough to be presented in conferences.

This was also the year in which I started reviewing my books better. Yes, I started my Book Review Series in late 2008, but by then, it was still too early to see whether I would stick to it or not. I read about 44 books in 2009, and I read a few big-hitters, such as The Last Temptation of Christ, Death with Interruptions, and Blindness. You can find the full list on my sidebar on the right.

I also was told that I became more human this year.

Anyway, 2010 is just around the corner. Who knows what this year would bring? Will I still be in Buffalo? Will I move somewhere else? Will I get this dissertation forward and defended and graduate? Will I visit a new country? Will I get a new entry stamp in my passport (speaking of which, I need to renew it sometime)? What are the books that I will be reading? Are there any new and interesting people that I will meet? 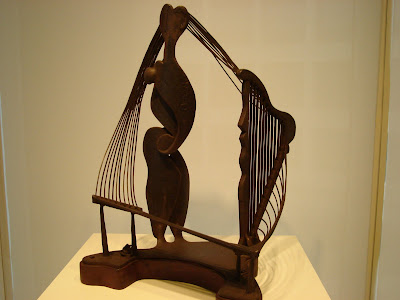