I was reading this forum the other day about how Argentina decided to implement a reciprocity fee to its visitors. Let me explain what this is first.

On the other hand, if I were an EU citizen, say, I were a Spaniard, I do not need a visa. I can just buy a plane ticket and head to Buenos Aires. I also will not pay a reciprocity fee, since Spain doesn't charge Argentinians a visa fee either. Argentinians can freely visit Spain as well.

Finally, if I were an American, then I do not need a visa to visit Argentina, but if I decide to fly to Buenos Aires, I have to pay 131.00 USD in order to enter the country. This is the reciprocity fee, since the United States charges Argentinians the same amount to apply for a visa. The difference is that there is no guarantee that the visa will be granted or denied, but the reciprocity fee is charged visitors to Argentina without question, in other words, there isn't a denial, unless one really looks like a threat to the country.

Now, back to the forum. Of course, there were several opinions for and against this. Now, surprise surprise, the people who were against this reciprocity fee are none other than Americans. They think that this fee is idiotic and crappy. But is it really the case? Or do Americans simply think that they have the right of way in every aspect of world affairs?

According to the Americans, this will deter tourists to Argentina. Wow. As if Americans are the only tourists coming into the country. I also get the impression that Americans seem to think that they have to have the right of way in every aspect of world affairs. They also say that the United States has every right to have a visa system targeting Argentinians because Argentinians are more likely to enter the United States and stay there illegally than US citizens entering Argentina and staying there illegally. But is that a valid argument? What happened to national sovereignty?

If Argentinians decide to implement a reciprocity fee, then respect that by all means. If you hate the fee, then don't go to Argentina. It's the same principle of respect that I voiced regarding the issue of the minaret ban in Switzerland. I find it arrogant that certain people feel that they can insist on other nationalities and coerce them into doing something that would violate the national interests of others.

If American tourists hate the reciprocity fee of Argentina, then just boycott the country. But Argentinians have every right to implement that law since it's their country after all. Argentina may have some use for the revenue that will be generated from that fee anyway. And besides, if you're a traveler, you obviously had the ability to buy a ticket to Argentina, so 131.00 USD is a small amount compared to the total amount of the trip that you have paid for already.

I find it funny that as amazing as this country I currently live in might be, there are things that I find absurd and unintelligible. It's the same mentality with respect to nuclear power: Iran and North Korea they say have no right to bear nuclear arms but they have their arsenals stacked with tons of nuclear weapons. That's one heck of a superiority complex right there. 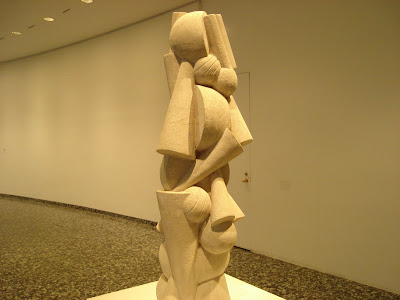