So we have been having several days of extreme cold weather now. The snow is on and off, and so shoveling is mandatory for the time being. The good thing is that I am not the only one doing it this time, since there are other responsible tenants in the house.

Anyway, it's just January 7. Winter just officially started about a month ago. There's a few more months of cold weather. I am glad that I am not in Fulton, NY (this is a town in central NY, near Syracuse), where they got 55 inches of snow for the past week. We just had about a little less than 2 feet.

However, the winter scenery is still white, pretty, but slushy. The fact that I live in the city limits of Buffalo makes it a little harder though. The thing is, with uncontrolled urban development and sprawl, the more affluent people flee to the suburbs. Thus, Buffalo's suburban villages and towns are way better at their snow management. They have the more affluent people, therefore they get more taxes, and more taxes means that they have the resources to deal with the snow plows and maintenance.

The city on the other hand has the less affluent people, and so they get less taxes to pay for their management. Thus, snow management is one aspect where the resources get cut. I personally experience this, since my street is not a major thoroughfare, and so the snow plow gets to it ten thousand years after the next street, which is a major connecting street. Thus, when the snow plow finally gets to my street, the snow is already fully packed to the ground because ten thousand cars have driven on it by then, and so the snow plow's effort is therefore rendered useless.

Anyway, what am I complaining about? I am only here for a short while. I can see the light at the end of the tunnel! Just kick me in the head if I tell you that I am moving to Alaska. Sorry Sarah Palin, I have nothing against you, but I have plenty of things against the weather. 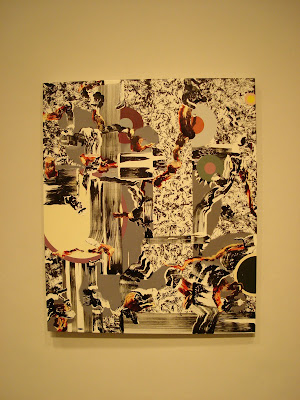