Book Review: The Pleasures and Sorrows of Work by Alain de Botton 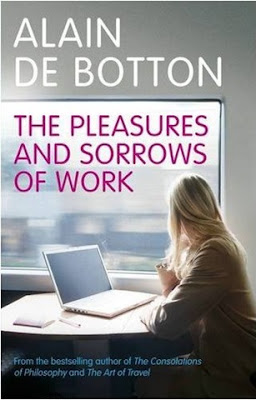 I usually do not pick a book that is non-fiction when reading. In fact, if not for a couple of good friends giving me this book as a present, I would not have known that this book even existed. Anyway, so I got this as a present last year, and finally I decided to take it out of my bookshelf and read it.

Well, surprisingly enough, I liked reading non-fiction. It was reading as escape, and at the same time, reading for the sake of being informed. And upon reading this book, I was informed about a lot of things.

The Pleasures and Sorrows of Work is this ten-chapter essay on how various mundane and ordinary things that we deal with everyday are manufactured, and the amount of effort that multiple people around the world put on the product in order for us consumers to partake in it.

What did I just say? Well, take the chapter on tuna fishing for example. The author follows the steps on how a shopper in a London supermarket gets his tuna steaks. First, he flew all the way from London to the Maldives, where fishing boats scour the Indian Ocean for schools of tuna. He joins the fishing boat, witnesses the men bludgeon the tuna to death, and follows the dead tuna to the processing plant that is still in the Maldives.

A couple of hours later, the tuna, which are already sliced and filleted and packaged, are being loaded into freight trays and are loaded in the belly of an Airbus A340 headed for London. Once in London, he follows the cargo into the delivery trucks, and then the trucks deliver the sliced tuna into the supermarkets, where one shopper has all the chance in the world to buy it and consume it. Just a mere 36 hours from the time the tuna was caught in the open sea to the time the shopper cooked it.

Which kind of made me think when I was in the grocery store the other day. I bought a pineapple, as I wanted to reintroduce fruit to my diet (I digress, but I fondly remember my mother cutting apples and other fruit and dividing them accordingly between the four members of my family, basically ensuring that we have fruit in our diet). I looked at the label, and it said that it was a product of Costa Rica. I wonder how much effort people put in that, from harvesting the pineapple from the farms, to shipping it all the way to the United States and finding its way to a supermarket in Buffalo. For 3.99 USD, I can get a pineapple and enjoy it in the comfort of my own home. It is now sitting on top of my microwave oven waiting to ripen.

Anyway, the rest of the book are other essays on other seemingly ordinary things in life that we rarely think about, such as the way electricity gets transmitted to our own homes, and the way our satellite TV gets a reception from that orbiting metal object. It made me think of the various contributions that several unknown people have given in order to live the life I am living right now. The world is indeed small, and more and more instances of living prove that we cannot live by ourselves anymore without the help of tens of thousands of others. 4 out of 5 stars. 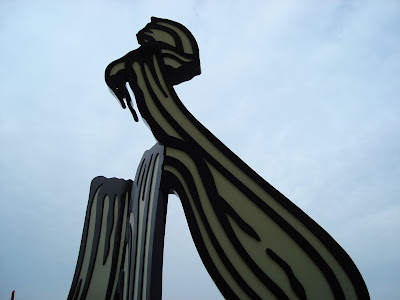 (Brushstroke, from my Hirschhorn Museum Series)