So, the first week of classes are over. Somehow, I am not surprised at the amount of work that I have already done so far. It's like, turn on the switch to start the semester and the whole factory of work and research is in full swing immediately.

So, what has happened five days into the semester?

Well, research-wise, I have made progress, both in the content and the logistics. I won't elaborate here, just read my previous post. Aside from that, I have a couple other projects I am doing on the side: one has immediately picked up again, since this one needs participants, and we already started recruiting the moment the semester began, and we only need a few more participants before we can finish the first stage of things. Hopefully, that happens by next week, which is why I am busy with writing new stimulus items for the next stage so that I can get that approved by Tuesday.

I also have standing collaborations with two other people: one is a professor, who I design experiments with; and another is one other fellow graduate student, who we both think that we should combine both of our strengths so that we can present some research together. For this one, I am picking up my traditional Linguistics background again, since this will be a non-experimental research, and so I need to read some literature again to refresh my memory. Hopefully, we can have something fruitful to present to the academic community, and we're targeting a conference that is scheduled to happen in Santiago de Chile in August 2011.

I am still waiting to hear from the results of a conference that will happen this March. My collaborator and I submitted an abstract back in December, and so I am itching to know whether our submission has been accepted or not. After all, it's close, it's in New York City (read: I can crash in my sister's sofa!), and it's dead-center on my research area. So I might go regardless, in order to keep up with the most recent activities on how humans process language.

Some rather good news that I got just recently, was the decision of the faculty here to give me a TA-ship. This was unexpected, since there was someone who was originally scheduled to get this position, but didn't. I apparently was chosen to be his replacement. So I am happy, I get to TA this one big auditorium class with two other TAs, but at least I get to have a paycheck. Paychecks are awesome.

I guess that's that for the moment. It's a three-day weekend, which means that I don't have obligations in school for Monday, but that doesn't mean I have all the time to sunbathe all day. After all, it's winter, it's been a while since I have seen the sun. 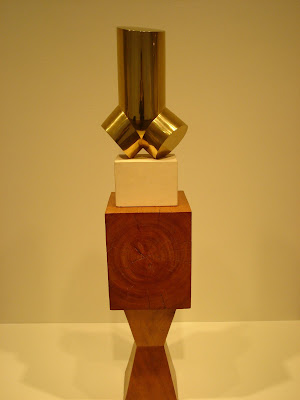