Book Review: The Butt by Will Self 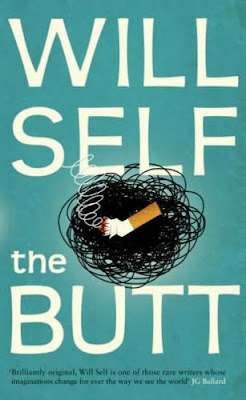 Oh man, I did not like this book. The thing is, I liked a previous book that Will Self wrote, when I read his book entitled How The Dead Live. It was a weird book where the premise was that when you die in London, you don't get buried, you just move to a different part of London that you never knew existed before, because that is where all the dead people go to.

Anyway, this book is also weird, and somehow I did not like the weirdness. It is entitled The Butt, and it is about this guy, Tom Brodzinski, who went on vacation with his family to this unnamed country. This country is multi-ethnic, and it has strict laws against smoking. The topography really sounds like Australia, but the laws sound like Singapore.

Anyway, so one fine day, in the apartment that they were renting, he was smoking a cigarette, his last one, since he was thinking of quitting. So when he was done, he casually flipped the cigarette butt from the second floor balcony. But then, something happened. It landed on the forehead of an old bald guy, and that triggered several weird events. It turned into a boil, and then there were pus, and then he fell into a coma. So Tom Brodzinski was charged with a severe sentence, something along the lines of frustrated manslaughter. He had to go to their court system, and then he was charged, and his sentence involved going to the ethnic land of the victim's ethnicity and deliver some goods.

So he goes to this very long roadtrip, which somehow involved driving through a war zone, something along the lines of Iraq and Afghanistan. He has a companion, another guy who is also charged with something, and he is the most obnoxious guy ever.

Then they reach their destination, and guess what, it is not over yet. Apparently, Tom has to undergo brain surgery, and the doctors intended to sever his corpus callosum, the bunch of nerves that connect the left and right hemisphere together. And that is where the book ends.

So what was that all about? I know that the book is satire; I saw that right in the beginning, when I was leafing through the first few pages. But somehow, it lacked direction, a goal, an endpoint. It just went on and on with the weirdness of this unnamed country, and the troubles that Tom had to endure. So yeah, he was the most pathetic and unlucky person in the universe, so what? If that was the whole point of the book, then I think 350 pages is too long of a book length to accomplish it.

Reading this book reminded me of black comedy and slapstick. You know, those movie types where bad things happen to people all the time, but are intended to be funny. This somehow feels like that, slapstick literature. But somehow, it didn't strike me as funny. I liked the way it started, but it all went downhill fast. 1 out of 5 stars. 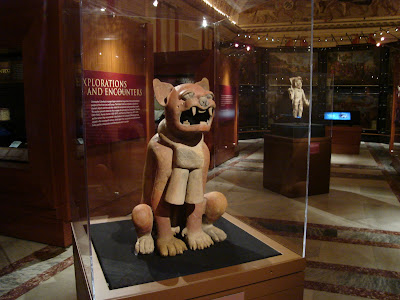 (Artifact, from my Library of Congress Series)