Book Review: The Saint of Incipient Insanities by Elif Şafak 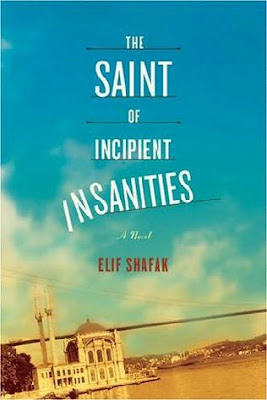 I cannot help but enjoy this book. This is perhaps one of the most enjoyable reads that I have had in the recent past. I never thought that this book would be a good one, and thus I have prolonged touching it until I realized that I had to return the book soon to the library, but once I started it, it was just a non-stop awesome read.

So, what is this about? This book is about a group of twenty-somethings who come from all over the world. It is set in Boston, and the characters are mostly international graduate students from various places. Gee, that sounds familiar, eh?

So, there's Piyu, the Spaniard; Abed the Moroccan; Omer the Turk; Alegre the Dominican; and Gail and Debra Ellen Thompson who are Americans. Each character have flaws in them, like typical humans do. Piyu is someone who is dating Alegre but even though they have been seeing each other for 2 years, he cannot sleep with her. Piyu also has this thing with cleanliness, always holding a broom, and has a fear of pointed objects. Abed loves his horror movies, and is haunted by a jinn from his mother. Omer is chronically late, and is an alcoholic. Alegre is bulimic. Gail is a bisexual woman who has an identity disorder, and Debra Ellen Thompson is a lesbian who is a control freak.

I will not relate how these varied characters interact, but they do in intricate ways. I cannot do justice to the book if I do an attempt here.

But, why do I like this book? Primarily because it provides me with a glimpse of American life from the eyes of a foreigner. It has given me laughs while reading this. One example is about names and pronunciation. The book reflects on the fact that Americans are known for reprocessing names and surnames of foreigners, deleting diacritics, "normalizing" them. It is true that when a Turk mispronounces the name of an American in Turkey, it will be considered as the Turk's mistake. On the other hand, if an American mispronounces the name of a Turk in the USA, it is not the American's fault but instead it is the fault of the name being too complicated for Americans.

It is these little things that foreigners observe, but somehow I feel like I don't, and therefore by reading a book full of these foreign observations, I become pensive and see the other side of things.

Perhaps it is because I do not consider myself totally foreign, at least in the American sense. Perhaps it has something to do with my cultural identity crisis again. Perhaps because even though I carry a Filipino passport, there are so many things about Filipino culture that I do not follow. But at the same time, I do not consider myself an American either. It's like being in limbo, somewhere in between. And this book allows me to access the world beyond the Americans, the world that only foreigners, real foreigners, have access to.

Anyway, this book is a drama-comedy: there are comedic parts to it, but it deals with serious issues. And I like the ending too: where every character has some life-changing moment. I am also fond of the match cut sequences that the book has, which is done by narrating the time in Boston, Marrakesh, and Istanbul, and the events that happen simultaneously around the world that are relevant to the characters.

So, overall, I recommend reading this book. 5 out of 5 stars. 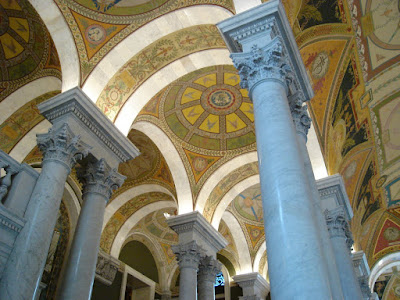 (Floating Pillars, from my Library of Congress Series)