Ah, what a wonderful week.

It began when I headed to Rhode Island to take a break, and I enjoyed that very much. Then, I proceeded to New York City to attend a conference and tutorial session series, and that was very informative as well.

On Tuesday and Wednesday, we attended the neurolinguistics tutorial sessions. These are four sessions that give the basics of how to do research on human brain and cognition using neurophysiological and hemodynamic methods. I learned about fMRI and MEG imaging techniques, which are techniques designed to make images of your brain depending on where the blood flows at the current moment. The main assumption here is that more cognitive effort in the brain requires more blood flow. Thus, if you can take pictures of where in your brain blood is concentrated at the current moment given a particular stimulus, then you would be able to localize certain brain functions.

I also learned about the basics of ERP/EEG research. This is basically measuring the electrical activity of the brain via recordings taken on the scalp. The brain emits a weak current whenever neural activity is present. The synapses between neurons emit an electrical current that can be measured. This is a week current in the magnitude of microvolts. Thus, one can measure these brain waves and see when things occur given a particular stimulus. This method is more used for timing issues.

Thursday to Saturday was the big three-day conference where the big boys and big girls of my field were gathered in one room. I was able to meet several people, including people from the Max Planck Institute of Brain and Cognitive Sciences in Leipzig; people from Northwestern University who does research similar to mine; a faculty member from UC San Diego; and various other interesting people. I suppose the goal is to bounce my ideas off people and get input, and also to portray myself as a promising young researcher so that these people might be interested in hiring me later on.

All in all, I am so glad that I went to this conference. Yes, I had to deal with my love-hate relationship issues with New York, but otherwise, it was all good. Where else would I be able to have authentic Japanese ramen, Moroccan lamb tagines, Vietnamese pho, and other awesome ethnic cuisine within walking distance of one another? 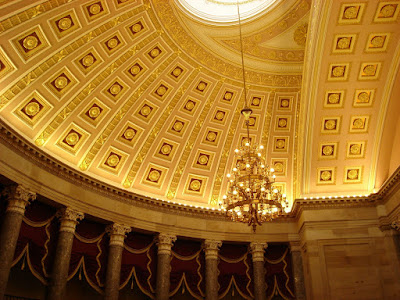