So now I am in New York City since Monday afternoon. And every time I come here, I get reminded of my love-hate relationship with this city.

Well, let me describe the love part first, then the hate part later.

I love this city because it contains basically anything you want. My sister and I went to the grocery store in the Upper West Side and they stack everything you could possible imagine. Tens of thousands of varieties of extra virgin olive oil. The cheese rack is splendid. The fruits and vegetables section makes you feel as if you are really in Asia buying those exotic fruit. They have Asian pears, star apples, and other delicacies that I normally would not see in Buffalo.

I also love the wide selection of cultural activities here. Theaters abound, and pretty much one has a choice of what to see every night. Buffalo only has a spattering of theater: there are available stuff to do, but not a wide selection.

However, there is also the hate part.

I hate the fact that there are so many people. I suppose the metropolis is just too big for me. There are people of so many types and tokens, which is fine, but sometimes, it is suffocating. It was an ordeal doing grocery-shopping when I still had my traveling backpack with me. I really feel like an ant whenever I walk all over the city here.

Space is at a premium. I was in a building in New York University the other day, inside a seminar room, on the seventh floor, and the view from the outside window was somehow cognitively dissonant with what I usually associate with views in a university setting. I do not expect to see tall skyscrapers just by looking out the window from a university building.

People are in your face. I rode the A train from Dyckman Street all the way to West 4th yesterday, and in that stretch, I encountered two subway performers. They brought their musical equipment with them, and just performed there. But here I am just wanting peace and quiet while reading my book. If I wanted to hear those type of entertainment, then I would go out of my way and pay in order to enjoy it. But the performers in the subway effectively put me in a captive audience situation, where I cannot do anything but listen to their performance.

So yeah, I know that there are plenty of people who say that New York City is awesome and all that, and I agree that it is to some level, but somehow, I do not see it as my type of city. I probably would go for something smaller.

They say that New York has streets that make you feel brand new, but somehow, I felt more brand new when I was engaged in oceanic adoration in Rhode Island this past weekend. 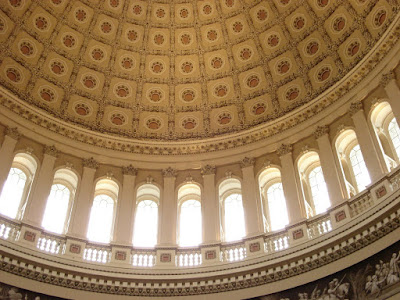