Up in the Air

Yesterday, the ninja and I watched a movie entitled Up in the Air. It was showing free in the Student Union Theatre and so we decided to watch it as well. I was quite excited primarily because it is a movie that heavily features air travel and airports, something that I am heavily interested in.

And I have to say, they did a very good job of portraying them. I saw air shots of Dallas-Fort Worth Airport, and the ninja was laughing at me because it only took me 1 nanosecond to recognize that airport from an aerial view. They also featured other airports such as Detroit's McNamara Terminal, which I recognized upon seeing the water fountain, as I was there once in the past; and also St. Louis Lambert Airport.

However, there are a few mistakes as well. The scene that comes to mind was when they were in northern Wisconsin, where George Clooney was headed to Omaha but his date was heading to Chicago. I could presume that there is an American Airlines flight from that city to Chicago, but not to Omaha, as the scene suggested. American Airlines has no hub in Omaha.

Anyway, aside from the geeky aspect of the film, I enjoyed the film a lot since it was not predictable. The characters were complex, and there was no happy ending. I could identify with both George Clooney's character (Ryan) and Vera Farmiga's (Alex). Ryan is this guy who flies a lot, and because of that, he doesn't have relationships, and basically he does not have a home. Alex on the other hand has established a casual relationship with Ryan just to escape her normal life. So, I watched it thinking that they both sound like me, moving here and there, and at the same time, burying myself in books and taking the occasional solo trip to escape reality for a while.

So yeah, it was a good movie. If you still haven't seen it, by all means do so. 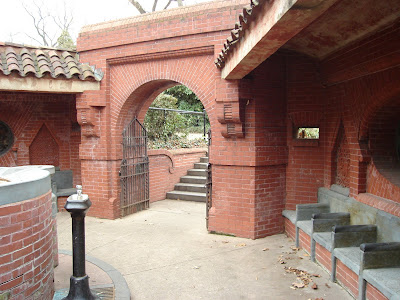