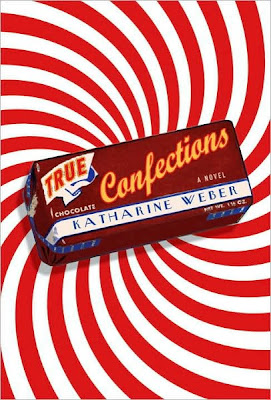 Guilty pleasures. This phrase has been associated with several things that give humans satisfaction, and yet for some reason or another, is deemed to be unhealthy if taken in excess. And certainly, at one point in time, this has been applied to chocolate.

Yes, this novel revolves on several themes, chocolate being one of them. And I have to say, I enjoyed reading this novel, that by the time I read the last sentence in the last paragraph, I closed the book with that feeling of satisfaction and pleasure, the same way as one melts a piece of chocolate in one’s mouth and swallows it.

So what is this novel about? This novel is written from the point of view of a woman, Alice Ziplinsky, who had a troubled beginning, as she was convicted of arson, due to an accident. She was ill-advised to say yes to everything, and so her future became affected due to the conviction. Instead of going to college, she ended up working in a candy factory. While there, she meets her future husband, Howard. Thus, she marries into the Ziplinsky family, a family of Jews who owns a candy factory.

The novel then unravels a family history starting with a Jewish man from Hungary, who immigrates to the United States, who gets involved in petty crime, and then settles in Connecticut, where the current factory is located. It also describes the other branch of the family, who happens to settle in Madagascar, securing the candy factory’s vanilla and cacao supply. And little by little, this small chocolate manufacturing family gets unraveled that the reader sees the little secrets that every member has, from the point of view of an outsider.

Aside from learning about the family of the character, this novel presents an elaborate introduction to the candy industry. I think I learned a lot about chocolate manufacturing techniques, from cocoa butter ratios and molasses and lecithin and all the other stuff that goes into a piece of chocolate. That was indeed very enlightening.

So, what else did I like about this book? I liked the fact that this book took a rather trivial subject such as chocolate (I mean, who would expect to see a lot of drama from chocolate?) and turned it into a page-turner. I also liked the fact that there’s some interpretative stuff going on there, with respect to the sociology of chocolate. I mean, it is indeed somehow correct that Charlie and the Chocolate Factory was a bit racist when the Oompa-Loompas were short and brown-skinned, that when Johnny Depp made the new movie, they became little dwarves instead. It somehow makes me think about the Caucasian obsession to exotica.

Finally, I liked that the book developed gradually and from all angles. It wasn’t the case that one aspect of the whole story was developed and then left alone, no, instead, every aspect began slowly, and bit by bit, piece by piece, the story revealed itself to the reader, until at the very end, the reader ends up with a very complex storyline, consisting of a very complex and intriguing family, dealing with a very complex process such as running the chocolate business, while dealing with very complex emotions such as rage, greed, and incest, all in the point of view of an outsider. 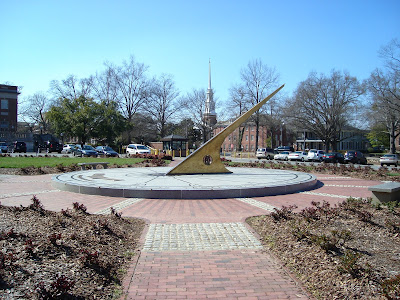 (Sundial, from my University of North Carolina at Chapel Hill Series)