The other day, I was frustrated with my Internet radio, so I decided to go back to classical music for a change. I was ironing my clothes, and I needed some background music. Thus, I went to the classical music streaming channel in the university library, and plugged in some etudes from both Chopin and Scriabin.

I realized I still like listening to them from time to time. I just forgot appreciating them lately. The thing is, I rarely play music anymore, since that isn't where my focus is right now. I do visit the practice room in the music department from time to time, but usually I am too busy to do that.

Anyway, I still liked the various timbres that Chopin's and Scriabin's etudes had. I still can visualize the notes on the paper, given the fact that I used to have sheet music for all of Chopin's and Scriabin's works at one point. Before I left Manila, I gave them away to a friend of mine who happened to be training as a classical pianist. I figured he would have better use of it than me. 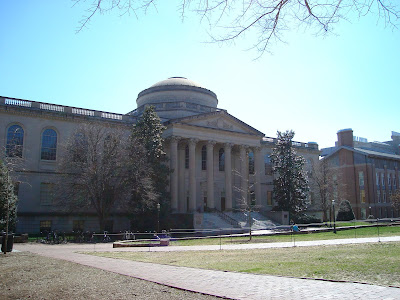 (Domed Building Again, from my University of North Carolina at Chapel Hill Series)