I headed to Sagada one Sunday morning, by catching the 8:30 AM jeep that leaves Banaue. This jeep goes all the way to Bontoc, and from there, I caught another jeep to Sagada. The whole trip took the whole morning, and I arrived in Sagada around lunchtime.

While in the jeep for Bontoc, I met an American girl and a Spanish guy couple. They were aloof, so whatever. In the same jeep, there was a Korean guy and his Filipino girlfriend. And later on, three girls showed up, two were from Singapore, and another one was from Korea. We started chatting while passing by one of the most dangerous roads here in the Philippines. And by the time we reached Bontoc, we were friends and functioned as one group.

In the meantime, I also befriended two locals, two women and their kids. It's funny they always called me with "sir" even though they definitely looked older than me. They were proud of the fact that the road from Banaue to Bontoc was getting paved; apparently that was only a development last year. They even invited me to stay at their place, somewhere in Mount Polis, which is reachable by one of the highest highways in the Philippines. Obviously, I refused.

Anyway, by the time we reached Bontoc, this was about 12:00 PM. The American-Spanish couple took the jeep for Baguio, while we took the jeep for Sagada. In the jeep, there was another foreigner, a Canadian this time, and he happened to be from Toronto. I told him that I lived just across the border in Buffalo. We ended up joining forces, and I ended up staying at his hotel as well.

The Canadian and I had lunch, and after that, we figured we go caving. So in Sagada, there are three things one can do with caves. One can go to the small Lumiang Burial Caves, and that was easy. One can also go to the larger Sumaging Caves, which is a two-hour caving trek. Or, for the fit and courageous and not claustrophobic, one can do the Sagada Cave Connection Trek, which means entering from the Lumiang Burial Cave, and four hours later, one gets out of the Sumaging Cave. It was strenuous, and one would get wet.

So, the Canadian and I went to the guide dispatch center, and weighed everything. He only had flip-flops, and I have a pair of flip-flops and hiking boots. River sandals are recommended according to the guidebooks, but the guides told us that our flip-flops are fine. So, one guide and the two of us, that costs PHP 800, which breaks down to PHP 400 per person.

While heading to the entrance, we saw the Korean couple and the Singaporean girls. We coerced them into joining, so our group ended up being composed of seven people, and three guides. Little did we know how hard the adventure that awaited us.

So how do I describe this? The Sagada Cave Connection trek involved several tricky and technical caving maneuvers. If I didn't do Mammoth Cave a couple of years ago, I would be very hesitant in doing this. In fact, after doing this, the 4-hour walking tour of Mammoth Cave that I did in Kentucky back in 2009 seemed like a walk in the park.

I sort of did my homework for this one, so I brought enough zip lock bags to waterproof my camera, wallet, and an extra change of shirt. I decided to go with the flip-flops, as I don't have river sandals. It turned out that it was a good thing, and later on, it was more advisable to go barefoot, and I did go barefoot for most of the time inside, putting my flip-flops in my drawstring bag.

So what are the things that I did here? First, let me emphasize the smallness of the crevices. The opening looked really big, but we had to go through several small holes: I don't think Rosie O'Donnell would fit in several of those. The rocks become slippery the farther one goes down, due to the moisture. There are two main types of rock inside: limestone, which is slippery and sharp, and sandstone, which provides a good grip even with your feet.

Most maneuvers involve scrambling: all four limbs are used, and pretty much it is some variation of wall- or rock-climbing when one goes up, and rappelling down using ropes down vertical walls going down. There are also a few holes in which one basically takes a leap of faith: one cannot see where one will put one's foot, and one just has to trust the guide in leading the way.

There's also a water component. There are sections that can only be crossed by swimming the cold underground water. These usually provided the much-needed refreshment after scrambling up and down the boulders. Unfortunately, these underground pools were located before the bat chambers that were full of guano (bat shit). That meant that four hours later, we emerged stinking and dirty.

So what happens to someone after doing the Cave Connection trek? Every muscle in my body is sore. I have several cuts and bruises all over the place. My feet are raw. And dinner that night was the best I've ever had. The Korean group (who were all staying in one hotel different from the hotel where the Canadian and I were staying) invited us for dinner, as they asked their hotel to cook for them. That was awesome, and the ice cold San Miguel beer made everything complete.

After dinner, we walked back to our hotel and plopped in bed. Sagada was so quiet, I could hear the crickets and see the stars.

So, now that I have already done everything I wanted to do in Sagada, I boarded a Baguio-bound bus from Sagada, and six hours later, I am here now in Baguio. My body is still sore, and the nerve-frying Halsema Highway didn't help, nor was sitting at the very back of the bus. In the end, it was all fun, somehow this earns me bragging rights for caving. I felt like Gollum from The Lord of the Rings as I was doing that trek. The only thing different was that there wasn't a ring involved.

I wish I took more pictures underground. However, Sagada's caves aren't something to see. Rather, they're something to experience. I did attempt to capture a few shots here and there when my hands are dry, but capturing a few shots of the whole cave experience won't do justice at the awesome yet grueling ordeal of the Cave Connection. My camera did capture a few memories of the place, but my body captured a lot.

So that's the second part of my backpacking trip. It was fun, I made new friends, and now it's time to go home. Tomorrow I board a Manila-bound bus and conclude this trip in the northern Philippines. Now I can say that I have frolicked in the Philippines!

So where would I go caving next when I visit the Philippines again? I heard that Samar has some awesome cave systems, maybe I should try those next time. In the meantime, improving my rock-climbing skills sounds like a good idea. 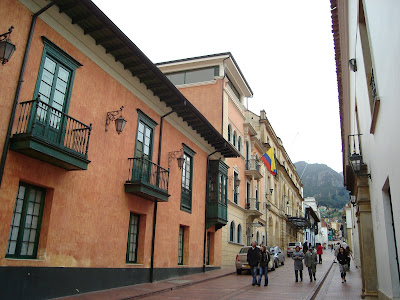