Evolutionary Aspects of my Mobile Phone

I am heavily jet-lagged right now. I wake up at weird times of the night, and I cannot get back to sleep. Anyway, that is the reason why I think I am blogging and writing this entry right now.

So, as the title of this entry suggests, I am writing about my mobile phone. I just got a new unit this week, and I like it. It is a far departure from the very first mobile phone unit I had ten years ago. 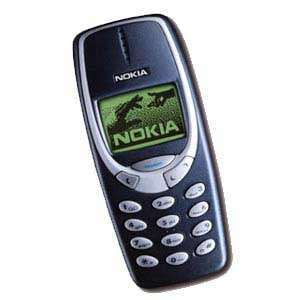 So, my first introduction to the mobile phone was back in August 2001. This was when we got back from Guam, and I started college. The original plan was that everyone of us in the family would get the Nokia 3310, and so my sister and I got them. I had one of those units like the picture on the left. However, given my dad's propensity for being a techno-freak, this plan never happened, he got himself a swankier phone than us.

The Nokia 3310 was an interesting phone. It had interesting games, and I remember playing Snake quite a lot. The buttons were simple, and there's only a Select button, a Back button, an Up button, and a Down button, in addition to the alphanumeric keypad. That was it. Most people I know had this phone, and it came in various customizable cases. I remember seeing stalls in markets selling different cases for the 3310, so that you can have a phone that has various different designs and colors. 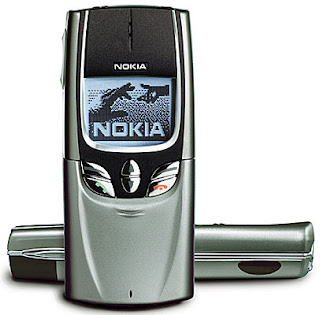 I used the Nokia 3310 for about two years. Then, somewhere down the line, my dad got a newer phone, and handed me down his old Nokia 8850. This is a mobile phone that is metallic in nature, and I believe the unit I had was even made of titanium. At the time, it was the upscale type of phone, even though come to think of it, its functionality was pretty much the same as the Nokia 3310. The screen was still monochrome, there aren't any e-mail functions, the ringtones are also monotone, unlike nowadays when one can have mp3 ringtones. I remember my friends liking this unit, remarking that this is a sign of my upscale taste.

I still played Snake here, but the keys are smaller than the Nokia 3310, so it became a little harder. I remember the keys just being the size of a rice grain. There's an extra button, which put the Address Book in a separate menu from the rest. I used this phone until I moved to the United States, in 2005. 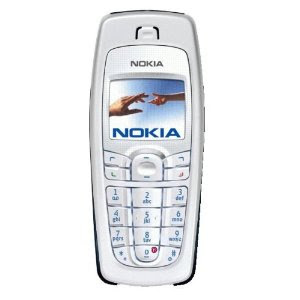 When I arrived in the United States back in 2005, I didn't have a mobile phone for the first year. The thing is, I had email, and I found myself connected to the Internet for most of the time, or at least, access to the Internet was fairly often that if people needed to leave me a message, they could just shoot me an email and chances are I would get it within the day. Besides, my on-campus apartment back then had a landline, so I just bought a landline unit, and it came with a voicemail as well, so that was basically my phone.

However, I moved to an off-campus apartment after one year, and the apartment I had didn't have a landline, and I figured it was a hassle to have one installed, so I just bought a mobile phone. I wanted T-Mobile to be a provider: somehow, I had this idea that it would be good to get T-Mobile since my folks in Europe were using them too, and there wouldn't be lots of interface issues. So this time, I went to the mall, and got a Nokia 6010.

So, the Nokia 6010 is pretty much the same as my previous two mobile phones. The main difference is that the screen has colors now. It also allows you to make instant messages on various Internet platforms, but one still cannot surf the Internet. There are interesting new games, but aside from Bowling, which I got tired of after having a stagnant score streak, then I didn't make use of the games anymore. The ringtones have improved, they can now play multiple tones at the same time, but they aren't as good as mp3s still. This I think is the phone that I have used for the longest time, until just this past week. The only reason I have actually replaced this is because the unit has been acting up for quite a while now, and some of the buttons have been unresponsive by now. So I figured it is time to buy a new unit. 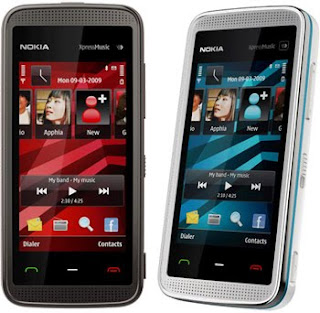 So we get to my fourth and current unit: the Nokia 5530 XpressMusic. This is a radical departure from my previous phone units. This is the first smartphone that I own, and so far, I am liking it. I am like, wow, I like this neoteric curio I have laid my hands on.

So, this phone is quad-band, which means that it can run on 850/900/1800/1900 frequencies. This means that I can use it pretty much anywhere in the planet, and all I have to do is insert a local SIM and that's it. The previous phones I had were rather locked to the provider, so I can't use it when I go overseas. This one has that flexibility.

Another thing I like about this phone is its multimedia capability. It is built to be a music and video player as well, and it is also equipped with a camera. Now here I am who says to people that if I want a camera, I would buy a camera, not a camera phone. I am more an advocate of division of labor, so my camera needs would be satisfied by a camera, my scheduling needs would be satisfied by a PDA, and so on. I typically do not prefer a device where everything is in there, yes, it is convenient, but also it is risky: if something happens to it, say, if it gets lost, stolen, or whatnot, then everything gets stolen. And that is more inconvenient than having multiple equipment. After all, I don't have the need to use all these functions at the same time.

However, I like this music player. I haven't had an iPod just to let people know, and I usually listen to music by means of the Internet using my laptop. But this time, things will possibly change, as the Nokia 5530 has mp3-playing capability. And I can have mp3 ringtones now!

What else? Oh, it also has wi-fi capability, which is something that the previous phones I had didn't have at all. I can thus surf the Internet using my unit, and that is sweet. It doesn't have any buttons at all, instead, data input is done by a touch screen, and there also is a stylus that helps in input. That is sweet.

So yeah, overall, I like this new phone of mine. Awesome stuff. I'll hang on to this for a good few years, and we'll see what the future holds for my next unit. But in the meantime, I won't think about that. 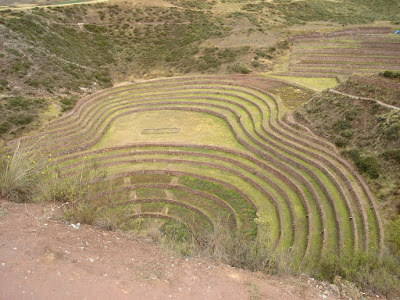 (Deadly Cliff, from my Moray Series)