The other day, I was experimenting with vegetables, and trying to cook without meat. I was also in an experimental mood, in that I wanted to try something new and something that I haven't cooked before. So, when in the market, I bought some asparagus, a container of alfalfa, a can of corn, and some eggs. I also bought a container of feta cheese.

I already sauteed some asparagus the day before, but the bunch was too much, so there's so leftover raw asparagus. And I still had 8 eggs. So, I figured the solution would be to make a frittata.

I haven't made these before. In fact, I haven't used my oven since the dawn of day. I remember making one dish in which I had to bake two types of mushrooms with some vegetables and cheese, but I didn't like it, so that wasn't repeated.

So, as a first step, I looked at recipes of frittatas on the Internet, and they typically take about 15-20 minutes to bake. And given my knowledge of how vegetables behave when cooking, I went ahead and made it.

First, I sauteed the asparagus with three tablespoons of butter. I cut the asparagus in 2-inch pieces. Once they were sauteed, I also put the whole container of alfalfa and sauteed it as well. And when they were done, I added the can of corn, drained of course. Oh, I also preheated the oven to 375 Fahrenheit before I began.

When the vegetables are done, I took four eggs and beat them. I then poured it into this non-stick baking pan that I have. Then, I evenly distributed the vegetables on top of the egg mixture, as well as the feta cheese. After that, I covered the whole thing with another four beaten eggs.

Before putting it in the hot oven, I sprinkled it with salt, pepper, oregano, and nutmeg. It turned out that the choice of herbs and spices were great, and the nutmeg gave its rather interestingly good smell. Then, I baked it for 20 minutes.

And wow, it turned out to be awesome. I loved the result! It gives four servings. I like experimenting in the kitchen. And it seems that the oven isn't too daunting after all. 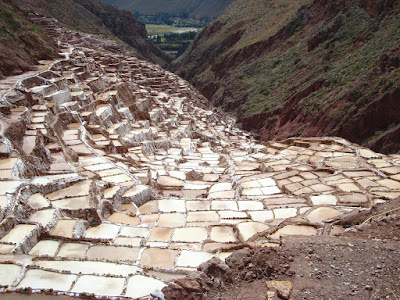