For the past couple of days, we have been having a heat wave here. It is worse near the Atlantic shore, but even for Buffalo standards, it is rather hot. And according to the news, so far, there has been one person who died already.

Because of this heat wave, my sister impulse-bought a portable air conditioner. The ironic thing though is that she opted for Free Shipping, which will take 5-9 days to deliver. Maybe by the time it arrives, the heat wave is already over. According to the weather report, the heat wave will dissipate by Thursday, and Friday will see temperatures going low again.

In the meantime, I just bought a fan. The thing is, my old hand-me-down fan finally broke down, it was rattling and it was old, and it finally stopped working. So, I went to Walgreens and bought myself a new boxfan, which is now installed at my window.

Funny, because I've been here for 5 years now, and this is actually the first time I am using a fan. Well, when I arrived in August 2005, summer was almost out the window, and I had air-conditioning in my on-campus apartment. Then, summer 2006 was basically spent in Prague, since I was away from May until August. Summer 2007 was partly here and partly in Manila, and yes, when I was here, it was hot, but somehow I was able to endure the heat. The same thing for Summer 2008, except for bouts of nice summer weather in Denmark and Hungary. Summer 2009 was spent all here in Buffalo. And yes, looking back, I wonder how I survived without a fan. Add to the fact that my bedroom overlooks the sun during the afternoons, when the temperature is at its highest.

Oh well, the world still rotates I guess, which is a good thing. 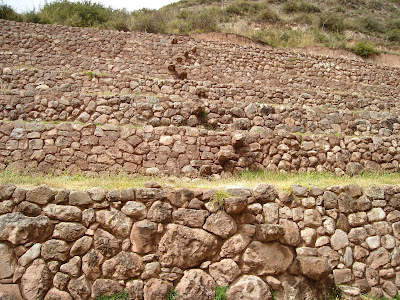 (Flying Steps Up Close, from my Moray Series)