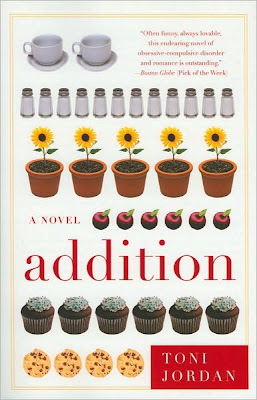 I took a little break from my post-modern literature streak. And for that, I picked up this novel, entitled Addition by Toni Jordan.

This is about the story, more specifically, a love story of a female, someone who has obsessive-compulsive disorder, and her struggled against counting. Yes, her symptoms of her OCD manifests as her compulsion to count everything, every single facet of her life. Of course, that has certain consequences, such as her resulting in an inability to drive, in losing work, and so on, because she cannot be a normal functional human being, because she has this desire to count every thing. She has weird fascinations, such as the fascination to be that things were based on 7 instead of 10, and such. She eats ten string beans every dinner, ten peas, ten grams of something else, and so on. She buys ten eggs every time, and so she returns the extra two in the grocery because the extra two eggs would just make her life miserable.

This is actually the catalyst for meeting another character, Seamus. Because one day, she somehow forgets to get ten bananas, and only gets nine. The person next to her happens to have one banana, so she distracts him and usurps the banana. This person happens to be Seamus, and he takes an interest in her.

Needless to say, Seamus and the girl, Grace, starts seeing each other.

This then introduces various conflicts in the novel. Of course, a normal person like Seamus finds conflict when his girlfriend acts weird, and so revealing her condition to him is a source of conflict. So he suggests going to therapy, which she agrees. And that brings in another source of conflict as well. In the end, Grace decides to go out of medication, and go back to her original self, but eventually realizes that life is interesting to miss on by counting, and independently becomes able to control her own counting urges, with the help of Seamus of course.

So this novel reminds me of Flowers for Algernon, which is a novel I read back in high school. Again, it makes use of an unreliable narrator, because in the beginning, Grace starts as this mentally ill woman, with weird quirks and eccentricities. Then, she takes medication, and her personality changes by somehow growing another brain. And obviously that doesn't work well, so her personality goes back to the start. However, there is independent change in the form of Seamus.

One difference between Daniel Keyes' novel and this one is the ending: Flowers was rather sad in the ending, it's like the main character had no choice but to wallow in despair, but this one had a good ending, in that Grace found a good solution to her problem.

Yes, it may be a sappy romance story, but I liked the fact that the character had a mental illness. It kinda allowed me to experience being OCD through the novel, and that was a great experience. For that, I give it 4 out of 5 stars. 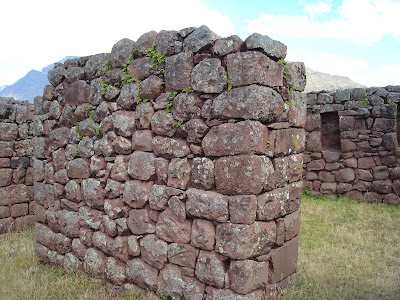 (Dividers, from my Pisac Series)