Book Review: All The Names by José Saramago 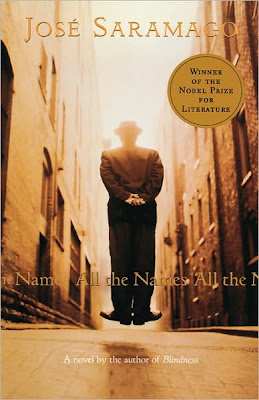 This is about the story of a lowly clerk who works in the Central Registry, by the name of Senhor Jose. That is the only character in the book that actually has a name. The rest are just referred to by their titles or descriptions. His boss is the Registrar, there's also the deputy registrar, senior clerk, woman who lives in the first floor, school master, and so on.

So this Senhor Jose is a clerk, and he is bored. So he decides to do something extra: he decides to start collecting a list of people and check out their records. He does this at night, so his daytime performance in the office goes down. And in the process, he obsesses with the records of a woman, and he starts investigating the life of this unnamed woman, by visiting her old house, her family, and so on. He eventually knows that the unnamed woman is already dead, and that she committed suicide.

There's more to it than that, but I don't just give a summary of books here. I figured if there's someone who would want to read the book, it would be rather cruel to give the whole ending away. Anyway, so did I like this book? Absolutely.

Saramago is one of my most favorite authors, and there is a reason for that. Reading his novels actually requires heavy effort: his prose is not that easy to read. He dispenses away with typical conventions, and so narratives and dialogue get mixed up with each other. Most of his paragraphs are longer than one page. Another one quirk of Saramago is that inanimate creatures come to life. In this novel, the ceiling gets into a dialogue with Senhor Jose, and acts as the voice of his conscience.

Perhaps the thing I got from this novel is that humans can be bizarre. After all, this is a story about human folly: how one human's curiosity can lead to extraordinary circumstances. Senhor Jose was like that. I was tuning out of the novel in the beginning, as typically, Saramago's novels start out slow, and yet the pace picks up really fast later on. This is like that as well. However, I guess the impact of this novel on me is a little low, compared to the other novels that I have read, such as Death with Interruptions, Blindness, and Seeing. Those books were about issues that I had strong opinions on, while for this current book, I am a little ambivalent. It's not a novel that I would recommend a Saramago novice to pick up as a first novel, but I would still recommend it to others. I am giving it 3.5 out of 5 stars. 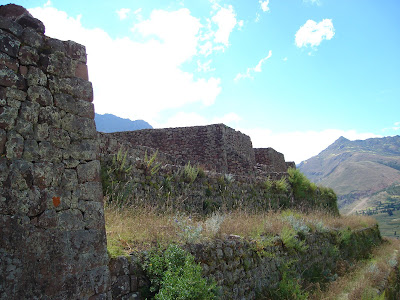 (The Terraces, from my Pisac Series)