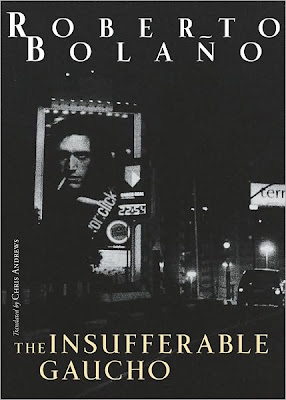 I went back to the short-story collection genre. So for this one, I picked up a book by Roberto Bolaño, who is a Chilean author that I only recently encountered, with his book 2666, which I read earlier this year and reviewed here. Given how much I liked that book, I figured this would be a good read as well.

So to some degree, I liked this book. This is a collection of 5 short stories and 2 essays. It is a slim tome, but it packs some rather good stuff. In Police Rat, Bolaño tells the story of a rat who happens to be a police, who investigates the killings of several rats. The rat colonies don't seem to believe in him, because they usually attribute killings to predators who eat rats, but the police rat definitely believes that there is a killer rat among them, who only kills for pleasure.

In Alvaro Rousselot's Journey, this is a short story of an Argentinian writer who twice finds his novels plagiarized by an Italian film maker who lives in Paris. So when he got the chance to visit Paris, he decides to stalk the film maker and confront him.

The eponymous short story, however, does not entice me. The Insufferable Gaucho wasn't a strong bid in this volume, but it was the longest. It was pretty much an okay read.

One thing that rather perturbs me is the fact that there are two essays attached to this volume: Literature + Illness = Illness and The Myths of Cthulhu. The former is about illness and sex, and the latter is about literature and reading behavior.

I suppose what amazes me is the straight-forward way in which Bolaño writes about these topics. He has an idea that illness results in people being horny. He ruminates about the fact that when one is about to die, one would like to have one last fuck. He cites that movie with Susan Sarandon and Sean Penn as an example. He even claims that fucking when you don't have the strength to fuck can be beautiful, even epic. And I love how he ties his regular experiences back to the topic, especially when he tells about his hospital visit and the Japanese nurse, when they found themselves in a very large elevator, and there was the two of them in there, with a hospital bed, and he said that they could have made love in the elevator since all the things they need were available.

Overall, I liked this book. But not as much as 2666. Perhaps, because I read that epic book first, the expectations I had for Bolaño was quite high. This book is not bad, but it isn't great either. I will give this 3.5 out of 5 stars. 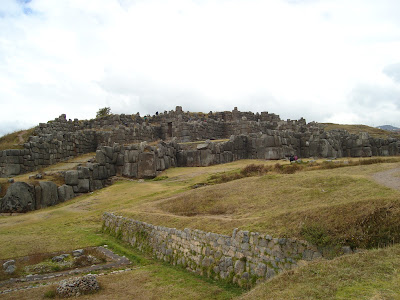 (The Giant Stones, from my Saqsayhuaman Series)