Book Review: The Temple of Music by Jonathan Lowy 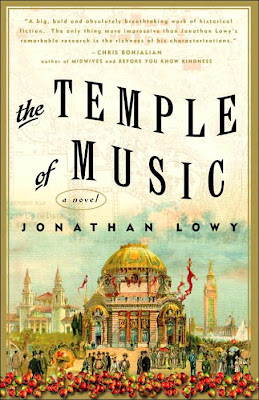 I took a break from post-modern fiction and went back to another genre that I am fond of: historical fiction. The last time I read one, it was about Japan and the changes that occurred before, during, and after WWII. This time, I picked a novel that is close to home (currently, at least). It is entitled The Temple of Music by Jonathan Lowy, and this is a book that tells the story of the assassination of President William McKinley, right here in Buffalo, New York, back in 1901.

Given that premise, this book actually tackles more than that. It tells the tale of republicanism in the United States, and the constant struggle between the rich landowners and factory owners against the working man who inhabited the tenements. Rich people have been buying votes, and women had no right to vote at all. The Negro is still a slave, and the working man earns so little and works so much. The 8-hour 5-day work week has not been installed yet.

The main characters obviously include William McKinley, and his character is developed from the time that he was just a budding lawyer, who defended strikers, which then got the attention of mogul Mark Hanna, who became his election manager, by funding his campaign. At the same time, the character of Leon Czolgosz is developed, the book portraying his bleak background and unfortunate upbringing. Side characters involve the anarchists Alexander Berkman and Emma Goldman, who partially influenced the thought of Leon Czolgosz.

I do not know much about the historical events that surround the assassination of President McKinley here in Buffalo, but I assume that the author made a good job of being faithful to the real sequences of events. Perhaps that is why I like reading about historical fiction: history in itself seems to be a boring endeavor, but fictionalizing it at least perks up my interest that I am willing to put up with a book like this. In fact, I enjoyed reading this. It allowed me to reflect on how social norms have changed throughout the years. Women can vote now, buying condoms aren't a basis for indecency charges anymore (unlike what the Comstock Laws dictated back then), and people are more or less treated the same regardless of one's skin color. Humans have progressed so much from 1901.

So, did I enjoy this book? Yes. I definitely recommend this, and I give it 4 out of 5 stars. 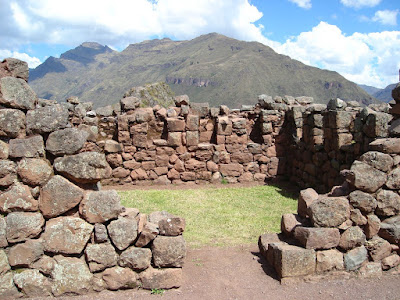 (Broken Room, from my Pisac Series)