So I noticed that my taste in music has been changing lately. And this was due to listening to Pandora (the Internet radio) the other day.

And wow, I found two acts that I haven't been aware they existed, but I actually liked what they played. First, there's Lily Allen, who is a 25-year old English performer. There's also A Fine Frenzy, another 25-year old female singer from Seattle.

So, I realized that once upon a time, I favored all these angst-ridden tunes, tunes that were sung by earlier incarnations of Staind, Good Charlotte, Simple Plan, The Smashing Pumpkins, and so on. I still like them, but I guess I am starting to dig more subtle and sentimental music now. I remember that it used to be the case that the only artist that fit that description in my favorites list was Fiona Apple. But I guess that isn't the case anymore. I love this current playlist I have right now.

I guess when I want to unwind after a day of working on my dissertation, I don't need pulsing rock riffs. I'd rather hear someone soothing and ululating at the accompaniment of the piano. 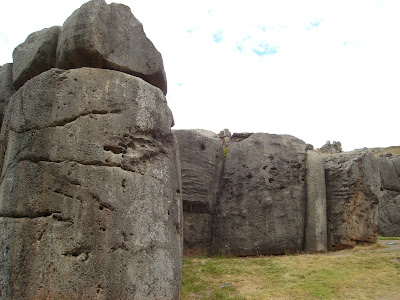 (Big Stones, from my Saqsayhuaman Series)