Yesterday, we decided to cross the border and visit Canada. We weren't going to somewhere deep inside Canada, but we were just visiting the other side of the Niagara River. We figured that it would be a great idea to visit Niagara-on-the-Lake and Fort George, which was just across the river.

So, we drove, and after crossing the border at the Queenston-Lewiston Bridge, we immediately exited the Highway 405 and went to Queenston Heights Park. This is the location of Brock's Monument. 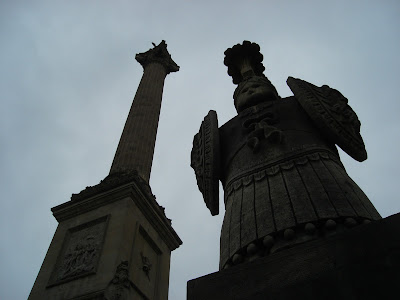 Plenty of pictures were taken here, and there were also some trails that were apparently important back in the days when there was fighting in here between the Americans and the British. I don't really know my North American history very well, so I might be wrong on this. Anyway, the above photo is just one of the many photos I took, and as always, I will feature all photos I have taken here, in due time. 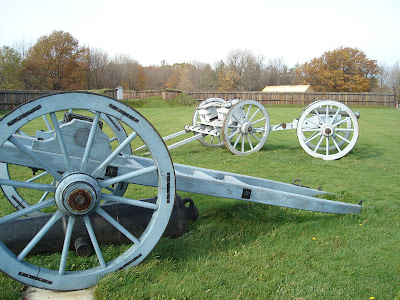 There were plenty of guns and cannons, and it was nice that the people were always giving bilingual directions. I guess that's just a Canadianism: the attendants were always greeting you with Hello and Bonjour and only when you respond in one way or the other would they decide which language to choose. That was quite impressive. 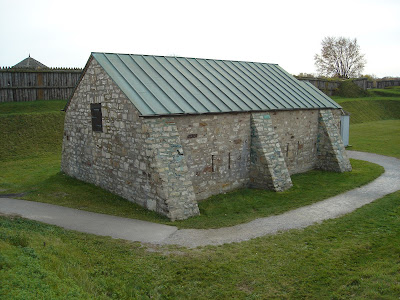 There were plenty of structures in the fort, but I am showing just one here: the gunpowder room. This was rather interesting, and behind it was a tunnel that lead to the observation deck, where one can clearly see the other side of the river, which is none other than the United States of America. 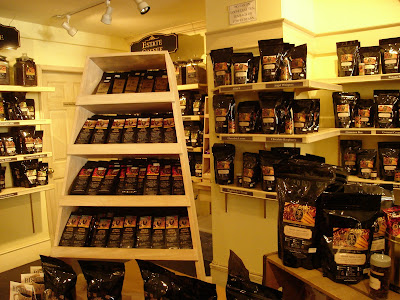 After that, we went to walk around town. The town of Niagara-on-the-Lake was rather interesting, and there were plenty of shops that were nice. There was one shop that sold plenty of interesting kitchen supplies, from hardware to sauces and dips and dressings. There were tasting tables all over the place, and so we went in and actually had our snack in there.

The interesting thing was that even though the town was quite plentiful of tourists, it didn't feel like Niagara Falls at all. Niagara Falls is quite touristy, and it feels so artificial, almost like Las Vegas. Niagara-on-the-Lake is quaint, the town is lovely, and yes, there are tourists, but it doesn't feel artificial at all. I don't know why this is the case, but I actually loved Niagara-on-the-Lake. It was quite a serene town.

So that was our day yesterday, and going back, we drove down the Niagara Parkway, following the river. That was a nice drive, and we entered the United States through the Peace Bridge. The customs officer asked us where we were coming from, and when we told him that we took a day trip to Niagara-on-the-Lake, he asked us if we were bringing anything, and when we responded negative, he said, Not even jam? Apparently, jams and other preserves are famous there.

Anyway, that was that. I exercised my camera again, and I have several photos in store. They are currently being uploaded in my Facebook account, but they will eventually end up here in full in about 2 years, which is about the length of backlog I have in posting pictures.