Now, given my experimental research background, I have questions as to the sampling methods and how equal or unequal this is, and how representative their sample is of the general population. However, those aside, still, there are a few things that are worth nothing.

Yes, it does seem ironic that atheists and agnostics actually know more about religion than the religious believers. But the analysis is true: atheists and agnostics emerge due to the fact that they actually thought of religion deeply. It is not simply because they do not care. Atheists and agnostics tend to be people who grew up in a very religious tradition and consciously gave it up. This is exactly like my experience. I grew up in a very religious background, and only after examining things for myself, thinking about the topic of religion for a full year have I decided that religion is not for me. I gave up religion not because I didn't care, but because I actually cared about the topic, and after immense evaluation, I decided to give it up.

I'm not gonna comment about the intelligence part, but it is just noteworthy to see how the sociology of religion plays out. Religious believers mostly are believers simply because they felt like clinging to tradition, and they never bothered questioning their beliefs. They never bothered examining really what they are believing, and is already content with being handed something to believe in under the umbrella of tradition.

Oh well, people just have different constraint rankings. For me, using my head to think is very high in that list, but for others, preserving tradition is more important. To each his own I suppose. 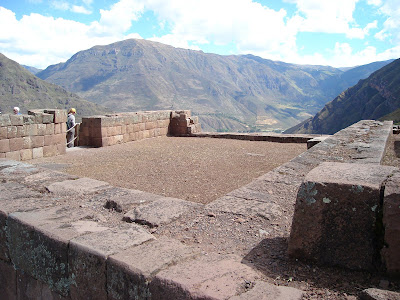 (Platform, from my Pisac Series)