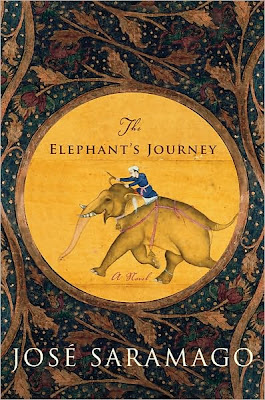 Perhaps it's a known fact here that I am a big fan of Saramago's writing. I have read The Cave, Death with Interruptions, Blindness, Seeing, The Notebook, and All The Names. He is indeed one writer that I really came to like, and so I have this standing goal to read every book that he has written and is available in a language I can understand. He wrote in Portuguese, so all I can do is wait until his works get translated.

Anyway, this is a short novel (just about 205 pages) about the journey of an elephant from Lisbon to Vienna back in the 16th century. Now, somehow, Saramago breaks his habit of not naming his characters. In the previous books that I have read, his characters never had names. In Blindness for example, the characters were only known by their professions, such as the doctor or the doctor's wife. In All The Names, the only person that had a name was the main character, Senhor Jose. However, in this book, every character had a name. Perhaps because it is inspired by history, Saramago used the names of the kings and queens back then. The one main character, the attendant of the elephant, changed names in the middle of the story, from Subhro to Fritz. This was apparently because when he became a subject of the Archduke of Austria, his name was found to be too hard to pronounce, so it was changed.

The whole story consists of the adventures of the elephant Solomon as he traveled from Lisbon. He was acquired by Portugal from Goa, India. But King Joao of Portugal decided that Solomon would be a great gift to Archduke Maximilian of Austria, so he traveled via Spain and Italy. And along the way, Saramago uses history and the elephant to demonstrate human folly, which is his usual topics.

So, what are the issues that this book tackles? Well, this book is heavy on human power struggles and the stupidity of these social constructs. The relations between the servants and the kings, their diplomatic ways of dealing with things, and also the naivete of the common man with respect to the church and the inquisition, these are illustrated wonderfully in the book. Saramago is an atheist, and yet he doesn't force his personal beliefs in the book in a way that is disturbing and brute. He does it with literary finesse, and makes it look like humans are just that, humans. Humans simply have beliefs that sometimes are not governed by reason the way we want them to.

Again, this book features Saramago's signature writing style, with long paragraphs that span pages and pages, and quotation marks are never used at all. At first glance, it seemed like a hard prose to read (I definitely thought this was the case when I first read The Cave) but surprisingly, I find this prose rather very much accessible, and I feel like this is more according to how humans process concepts, without the restraint of "proper" rules of language.

All in all, I loved this book, and I am glad that I did pick this up from the library. Due to its highly recommendable character, I give this book 5 out of 5 stars. 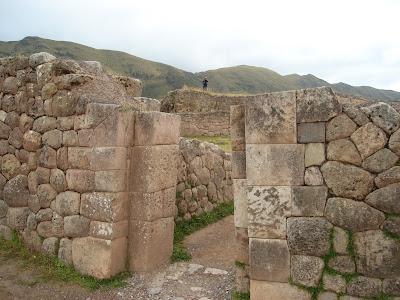 (Forgotten Doorways, from my Pukapukara Series)