Book Review: So Much For That by Lionel Shriver 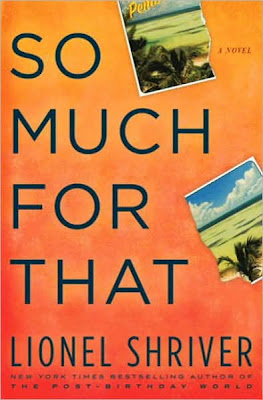 After reading the second book of the famous Lord of the Rings trilogy, I reverted back to fiction that was more realistic. So I picked up this book, entitled So Much For That by Lionel Shriver. I wanted to read a book that didn't require excessive generations of imaginative fantasy, and something that talked about issues about real people, since I wanted something that was realistic for a change. But apparently, this wasn't realism either.

So let me tell you first what this book is about. The author said in the back cover that this book is about "a crumbling marriage resurrected in the face of illness, and a family's struggle to come to terms with disease, dying, and the cost of medical care in modern America." So yeah, this novel is about the American health care system and how it sucks. But of course not, it doesn't say it that way in the outset. Instead, it uses the eyes of the characters that are involved.

So there's Shep, who used to own a small business, until he sold it to an annoying employee. He wanted to go to Pemba in Tanzania and retire, except that when he told his wife that he is going there with or without her, her wife tells him that he has cancer. So throughout the book, Shep takes care of Glynis, his wife.

Shep and Glynis have a couple who are close friends, Carol and Jackson. Jackson cannot keep his lid shut, and he basically is angry at everyone, and believes that everyone is out there to get him. He has complaints against the government, against the taxes, and so forth.

So, without telling much about the story, I can however vouch for the fact that there are quite a few interesting characters in this book. That's fine, since most people are interesting anyway. However, soon enough this book goes over the top. How?

Well, this book is basically about how the health care in this country sucks. Shep is forced to keep that shitty job because that's the only way he can get insurance for his wife. And not only Glynis has a health problem, but everyone has a health problem. Glynis has cancer, Shep's father Gabe is demented, Jackson and Carol's daughter Flicka has familial dysautonomia, and Jackson decides to get a penis enlargement surgery, but backfires and results in an infection. In the end, everyone seems to have a medical problem, and no character in the book is "normal". Thus, reading the book, especially from the latter half, gave me the thought of thinking "enough already, I see the point, the health care system sucks".

Actually I was surprised that it took 356 pages of the book before someone died: I am not telling who though (there's a total of 4 people who will die in this novel, and this is the first). I felt like I wanted to end the novel a couple of hundred pages ahead, because things were just getting too pathetic, that it was so unbelievable already. I also wanted to shoot the incidental relatives and their good-for-nothing attitudes. Beryl was so self-centered, and so was Glynis' sisters and mother.

Anyway, I guess what I didn't like most about the book was its ending: ever heard of deus ex machina? Well, out of nowhere, things get solved. Voila! They have resources again! Granted, all of the problems were solved, but given the time frame and magnitude, that if the book were a full day, everything else before the conclusion took about 23 hours and 50 minutes, and the conclusion took just about 10 minutes. It was short, abrupt, and rather unbelievably convenient.

In short, I don't like this book too much. I have to admit, I learned a lot about cancer and medical care from this book. But at the same time, it irritated me. Perhaps it is a good thing that I was able to be stirred by this book and become irritated, but it's just a book that screams activism to me, instead of fiction. If it were something about religion, I would totally consider this as an allegory or a fable. But somehow, allegories about health care don't exist yet. 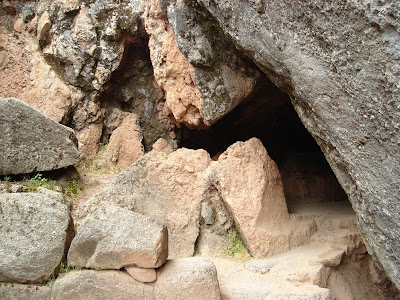 (Peeking Inside, from my Q'enqo Series)