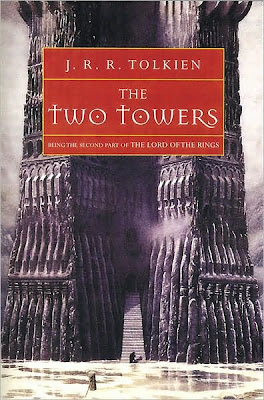 It's been a while since I last wrote a book review. That is because I picked up a book that was rather long and hard to finish. I picked up the trilogy again, after a few months of hiatus. I read the first book last June, and I rated that book rather low. I hated the fact that it consisted of travel for the most part, and nothing else much. Still, I decided to read on and continue.

So after four months, I picked up the second book, The Two Towers. Now after reading this book, I cannot make up my mind as to whether I like it or not. I guess I am ambivalent. And here's why.

But first, let me discuss briefly what has happened so far. The story picks up from where the first book ended (duh), and the fellowship has been separated. Frodo and Sam are on their own with the Ring, and the rest of the group has been battling Orcs. Boromir died, and Gandalf fell in the mines. However, it seems that Gandalf was resurrected, and he is now Gandalf the White. He rejoins Aragorn, Gimli, and Legolas, and they meet King Theoden and partake in the battle of Helm's Deep. In the meantime, Merry and Pippin get lost in the forest, only to encounter Treebeard and his company of Ents, which then destroy Isengard and Saruman's tower by flooding it.

Frodo and Sam on the other hand enlist the help of Gollum, who happens to be bipolar and has another personality in the form of Smeagol. They journey to the place which cannot be named, and the goal is to destroy the Ring. They meet interesting characters along the way, including Faramir, who is Boromir's brother. They also encounter a rather big spider. And the book ends.

One observation I had was that the cut-off points in the book are different from the movie. I guess for the movie, every movie should have its own climax and resolution, sort of. But the book just ended abruptly. It still involves travel, so I don't like that as much.

One other thing about this book that I didn't particularly like was the fact that it taxed my memory quite a bit. The Two Towers is split into two books, and the first one only dealt with the story with Aragorn, Legolas, and Gimli and their reunification with Gandalf. Only later do Merry and Pippin appear and intersect again. The latter half only deals with Frodo and Sam. Now I know that these events presumably happen in parallel, but the book can only depict one part of the story at a time. Still, I thought that the pause in one dimension was too much. I would have preferred an alternating chapter-by-chapter switch of perspective between the two camps, instead of devoting separate volumes for those storylines.

I actually am grateful for the fact that I have watched the movie a few years ago, because if not, then I would have a big problem constructing a mental representation of what is happening in the story. I really am bad at fantasy, so I don't know what these Orcs, Wraiths, and Nazgul look like. At least, now I have a memory of their images to help me with.

Overall, I am ambivalent with respect to this book. I am rating it a star higher than the first book however, and giving it 3 out of 5 stars. 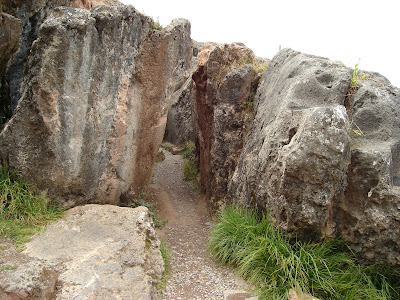