Recently, the American Humanist Association launched the largest campaign ever to educate people in the United States about alternative belief systems, giving people thought-provoking statements that hopefully would make them question their beliefs that they previously have taken for granted.

Consider Humanism is the website of the campaign, where it juxtaposes several passages from the Bible and the Quran and compares it with humanist thought. Humanism, as it is defined, is the belief that humans can be good even without the belief in God.

I find it interesting that news groups have picked up on this, with reports coming from CNN and The New York Times. Come to think of, the United States perhaps is one of the most religious countries out there, as it was formed by groups of people who escaped Europe due to religious persecution. And looking in its history, Puritan beliefs persist, with the majority believing that religion should be the basis of government, and so forth.

And the disturbing thing is that most people just take their beliefs for granted. Just because it was handed down to them by their parents, people don't take the initiative to examine what is it really that they believe in. They just digest the whole package, with no question whatsoever. And because of that, they form opinions that are only due to the fact that they identify with the package, not because they really thought about what it means to believe in the package.

So this campaign is directed at those who would want to examine the package. What does it really mean to believe in the Bible, or the Quran. Do they really know that this is what the Bible says? Do they really know that this is what Islam advocates? Personally, I have nothing against people who have a religion, but it is when these people decide to think that they are right and I am wrong and discriminate against me that I have problems with. I tolerate religious people, religious people should also tolerate me.

So yeah, I hope that the populace would be informed by this campaign. And see if after reading these, whether they still believe in religion. If they still do, I have no problem with that, my main desire is for everyone to be informed and believe in one way or the other, instead of blindly believing what someone else told them to believe in. 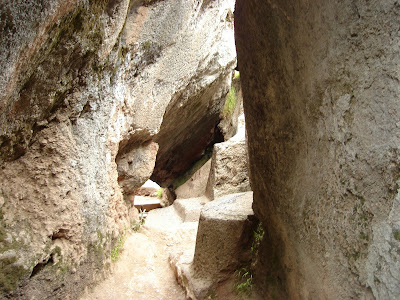 (Heading Deeper, from my Q'enqo Series)