On Desires and Defense Mechanisms

Someone I know recently quit the Ph.D. program. Due to concerns about privacy, I am not going to talk about the individual involved specifically, but instead, I would like to talk about me (after all, it is my blog) and my thoughts surrounding it.

I have known several people who have entered the Ph.D. program and later on decided to quit. I can enumerate several of them from the top of my head, and given the fact that I have been here for more than 5 years, there's quite a few of them. I don't think that there's anything wrong with quitting; in fact, how would one know that the Ph.D. is not for them aside from trying it out, and see what happens?

In the past, I have had a few friends who expressed their frustrations and pains as they were still in the program. I always told them to ask themselves what it is that they really want. If they really want the Ph.D. then the effort should come naturally. But if there is something else, if there is some other motive that actually drives them instead of the drive to actually get a Ph.D., then the endeavor will most probably fail. So, I am not actually against people quitting the program; quitting does not mean that one is a flake. Quitting actually is a sign of strength, that one recognizes one's limitations, and is rational about it.

Anyway, what amazed me was the reactions of other people when someone quits. Some people would tell the person that finally, they will have a life. Finally, they can be normal again. Finally, they will get their sanity back. When I hear these comments, sometimes, it makes me think, what am I? Insane? Lifeless? Dead?

I watched the movie An Education a while ago, where there was a character who was about to enter college, and in one altercation between her and her school teacher, she implied that she viewed graduation as death, that once one graduates, life ceases. And the school teacher was hurt, because in the view of others, she is dead.

At first, I was perturbed by it. But then, I realized that it is just part of one's defense mechanism. It is just a way of coping. One tries to achieve something, one tries to get something, and yet after a significant amount of effort, one still failed. What next? One needs to convince oneself that the unattainable object is not desirable after all. One needs to rationalize the fact and move on. After all, moving on becomes easier if that is the case.

But come to think of it, I think that was the first major episode of failure I had experienced.

So yeah, humans are resilient. And because of these, there's several coping mechanisms that humans have in place to deal with things. Rationalizing that the unattainable object is undesirable is just one of them. So yeah, more power to the ones who realized early on that they don't want a Ph.D. and moved on. If that is not one wants, then why waste energy trying to get it in the first place? 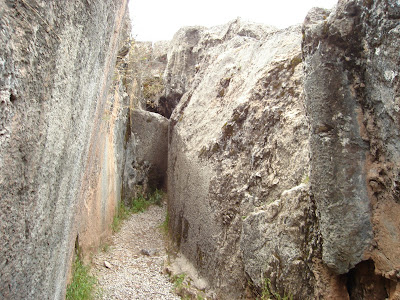