The time changed this past weekend. And somehow that is affecting me a little bit.

So we moved back one hour because of the daylight savings time scheme. But I happen to have a rather strong-willed body clock. I usually wake up at 6:00 AM, so guess what time I woke up this morning? 4:54 AM. That would have been 5:54 AM as of Saturday, 6 minutes before my alarm clock was even supposed to ring. But since there was a time change, my body hasn't caught up, and I couldn't get back to bed.

Anyway, I just capitalized on that fact, and prepared to go to school early. I made breakfast, by boiling a pot of water to make tea, and then I fried two eggs, and ate it with several slices of bread, some jam, and some cream cheese. I also packed my lunch, and then went to school, eventually arriving around 8:15 AM.

I then went all over campus, posting fliers for the experiment that we are running. That took me about 45 minutes. Again, I saw the billboards, and some of them were cleaned during the weekend, so I had to re-post some of the fliers. I also saw some fliers whose tabs were all gone, which is actually a good thing I suppose.

Around 9:00 AM, I went back to my office because I had an appointment with a student about his homework. That went well. And then I had a class at 10:00 AM, until 11:30. There was an annoying episode, because I thought for some reason, someone wasn't using their brains well. But I put that aside, I felt like I was just wasting my energy in trying to deal with it. Whatever.

The class lasted for one hour, and then I have two hours of office hours. I had two people who had questions about the homework, and then one other person who had a grade question. I dealt with them with the best of my abilities.

Then I ran 5 sessions of experiments that were about 30 minutes long per session. I also read several articles while they were doing the experiments. This was from 3:00 to about 6:00 PM.

After that, I made some documents and printed them, which was for a meeting with my adviser tomorrow. And then, my friend and I had a late dinner.

And now I am at home. Wow, what a day. That was long. And what? It's just Monday? 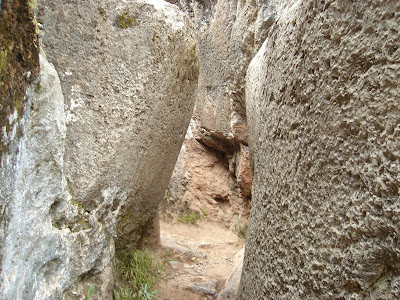 (Rock Intervals, from my Q'enqo Series)