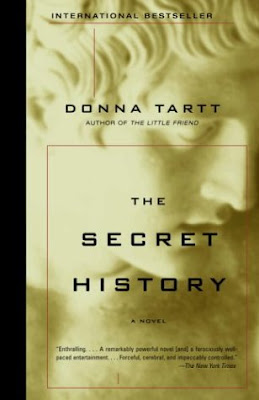 Rarely does one encounter a novel that grips you. This one is one such novel. This grand tour de force took me into a wild ride into the human psyche, where evil reigns, and where actions are always followed by a consequence that spells nothing but disaster. A fellow blogger recommended this to me to read one day, and so I took up her recommendation and checked it out of the library one day and started reading.

Well, what is this novel about?

This novel tells the story of 6 college students: the studious Henry, who also functions as the leader of the group; the twins Charles and Camilla; Francis, who happens to be gay; and Bunny, who is an arrogant piece of work. The story is told in the point of view of the 6th student, Richard, who is from California. The story starts when Richard moves to Vermont to study in a small college, where he majors in Classics, and thus encounters the five other students. Together, they take classes with the elusive professor Julian.

Now, the interesting thing with this novel is that it's a reverse detective story. At the outset, the reader is told that Bunny is dead, and it seems that the five other students have something to do with it. So the question now is how. And that is how the novel progresses. Gradually, Richard (and me, the reader) finds out the weird dynamics between these five other students. At first, they seem ludicrous, but as the story goes, it gradually makes sense. Finally, they kill Bunny.

Of course, once one kills another human being, the next act is to conceal one's acts. However, this is not easy to do. How do you act innocent, especially when the cops are at your doorstep? If it's your good friend who you just killed, how do you act like a friend in distress?

Eventually, the murder just causes division among the remaining five students, and tragedy just befalls the group, one after another. I do not want to spill the beans here, but let's just say that this novel ends like a Greek tragedy, where a miscalculated act only leads to sorrow for all those involved.

Several issues are being tackled here. One big issue is Machiavellianism. Is it a good thing to kill someone if that is the scenario that leads to the best results? To some degree, I can see why Henry and the rest of the students found it most beneficial to kill Bunny, among other solutions they were considering. I suppose it's not an issue of morals, but more an issue of reason, and calculating what is the most beneficial set of constraints that one can satisfy. I happen to disagree with Henry in that I still think that murder is wrong, not because of moral or religious issues, but because I don't think that is the best possible scenario given their set of constraints.

Another interesting issue is personal consistency. Henry was dismayed when Julian (their professor) left town when he learned of the truth. Henry's respect for Julian just went down the drain, right there. I suppose that's what happens when one thinks that there is a person worthy to be called divine. Julian may be a brilliant professor, but he is still human, and Henry seemed to forget that. He basically put all his eggs in Julian's basket, but when Julian failed to deliver, his whole being shattered like a house of cards.

Anyway, this is a story that I am glad I read. It was a little slow at the outset, but once the background was already given to the reader, the story moved significantly fast and kept me on the edge of my seat for the most part. I am glad I picked it up, and definitely recommend it to anyone wanting a book that would engage them. 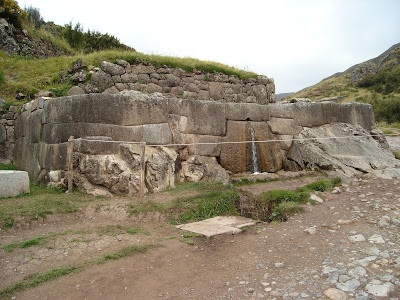 (Fountains in the Andes, from my Tambomachay Series)