The Year 2010 is about to end. This will be my 255th and last post for the year, where I look back and see what has happened.

January was a month of uncertainty. I moved out of my very first office, only to get assigned another office since the department gave me another TA-ship out of the blue. I got to keep this new office for the whole year, until I moved to the Dissertation Office. I formed my dissertation committee, and I finally moved to Google.

February was a busy month academically. I had been conducting experiments in two labs: here's a sample schedule illustrating how busy my day was. I pondered on how stupid sororities and fraternities were. This was also the month when we had a rather publicized scary event: the Lockwood Library Shooter. It was also a month when I realized that doing science takes a long time.

March was the month when I was rather amused with watching the current season of The Amazing Race, and that was also when I got acquainted with the stupidity of Miss South Carolina and her unparsable utterance. I also went to Rhode Island for the first time, and I met a friend I haven't seen in a while, since 1995. After Providence, I continued on to New York City to attend a conference, where I got re-acquainted with my love-hate relationship with the city.

April was an exciting month. It was the month where several scholars visited the university and gave talks, and I also got to talk to them about my research. I also ruminated on the different types of scholars in my field. It was also the month when I had to prepare for the summer, since I had plans to go back to Manila and I had some business to attend to. However, the most exciting and stressful event this month was my dissertation proposal defense, which I successfully passed. To top it off, I also made peace with a rather interesting character in the department.

May was rather easy: it consisted of realizing that men are dumb, and I got reminded of how I love classical music. It was also a month of ideological rants on religious freedom and reason. Four good friends of mine graduated, and I was also glad that the dumb team did not win the Amazing Race. Finally, I also paid a visit to Manila, where I spent 5 weeks, since I haven't been there since 2007. I got reminded of how fatalist a Filipino can be, and I also took care of renewing my US visa.

June was a month of vacation, spent mostly in Manila. I visited some historical sites in the city such as Intramuros. I also went to Banaue, where I saw the famed rice terraces and experienced backpacker bliss, and I also continued to Sagada, where I challenged myself with caving and experienced backpacker bootcamp. My family and I also went to Corregidor Island. I also complained about the heat. Oh, I also got a new phone.

July found me back in Buffalo, with a cold. I also watched fireworks with some Japanese friends. I also prepared for a class that I would be teaching the incoming semester. And I got a lesson on sensitivity while eating in a public place in Boston. This was also a month of a few firsts: I made frittata for the very first time, and I also attended a live concert for the first time as well. I also pondered on the social implications of coffee. Finally, I got a new passport, complete with an electronic chip, and I finally discovered Brooklyn.

August allowed me to ponder on the human complexity and its social nature, and I also bitched about the heat. I have hit a bump in my dissertation research, and I also tried cooking chicken wings. I realized that my musical tastes were getting old, and I had a couple of rants on religion and infant baptism. I also realized that Filipinos can exhibit behavior that can be seen as sour grapes. Finally, I discovered the Bed Intruder Song.

September came and the semester started, and we went hiking in a nearby forest and got lost. September 11 was rather interesting, because of a pastor who wanted to burn Qurans. I bumped into interesting people in the airport, and it made me think of death and dying.

October presented me with empirical evidence that atheists and agnostics actually care about religion, and speaking of religion, the Catholic Church in the Philippines is just acting crazy. I walked to Canada, I wore a suit to class just for the heck of it, visited Toronto and attended a sitar and tabla concert, and cooked with passion fruit. Finally, I went to Canada again to visit Niagara-on-the-Lake.

November made me think about physical and sexual intimacy. Someone I know quit the PhD program. It was also a busy part of the semester that I was quite antisocial. I blogged a lot about my experiments, about annoying participants, and data points. I also blogged about gate-raping. And I visited Toronto again.

December arrived with snow, and I started making preparations to move offices. I discovered new music, I changed my blog layout, and I planned an international vacation. The class I was teaching concluded with me giving a final exam, and I celebrated its conclusion by buying myself some moldy cheese. Finally, I also got to learn more about my preference in wine.

So that brings the year 2010 to a closure. What does 2011 bring? At this point, I am already sure of a conference presentation that will increase my CV, and a paper to be published along the way. I have an abstract that is under review right now. I have several experiments that are ready to be run, and a dissertation to write. I have a vacation to take that will increase my country count. I might also visit the Philippines again this year. That's about it. The rest are still up in the air. And just like 2010, this coming year will perhaps be just as fast, and soon enough I'll be writing another review entry like this one for the next year. 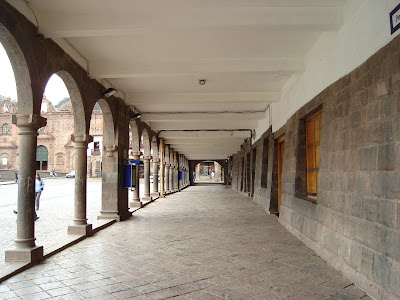