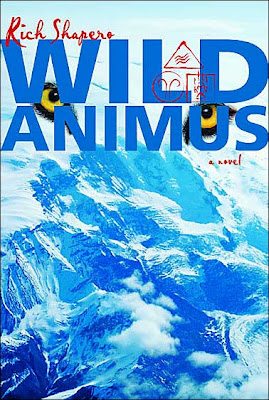 This perhaps is the most pathetic and corniest book that I have ever read. I thought this was the worst book I have ever encountered, and I pondered on whether it even deserves a review or not, but hey, if I didn't like it, I better review it to save other people from the 315 pages of corny pretentious prose that it contains.

This novel tells the tale of Sam, a Berkeley student who suddenly gets a fascination about rams. As the novel progresses, he and his girlfriend Lindy decide to leave Berkeley and move to Seattle and eventually Alaska, as he transforms himself into Ransom, a disciple of the god Animus, who resides in Mount Wrangell. Ransom goes on to climbing expeditions on to the mountain, which is obviously treacherous, but somehow he doesn't care. After all, he's a spiritual leader right? He writes chants and records them, while donning this full fur regalia, meant to transform him into a ram.

Needless to say, this novel was set in the days when bell-bottom pants were in fashion, and so was LSD. Yup, to those readers who are still in touch with reality, this is just a narrative about a couple of people who were somehow delusional, aided by their acid trips. Ransom was just a victim of his own delusion, thinking that he was this disciple of some god residing in the mountain.

Now, even if we suspend disbelief for a moment, which is really hard, this book still is not worth the paper it is written on. The characters are just so unrealistic. Really, Lindy, you're the most pathetic woman ever. Are you really fine with Ransom squandering all of your earnings from your two jobs as waitresses in order for him to climb up that stupid mountain? He's also able-bodied, right? Why doesn't he work? What do you see in Ransom that you keep slaving away for his delusional whims?

And Ransom, wake up. You're delusional, you're egotistic, and you're out of touch with reality. That was the biggest take-home message I got from this book, if ever I were to take home one. Ransom is one lunatic and I would strive really hard not to be like him. One cannot be just like a mad scientist and believe whatever he wants to believe. That's why there's peer review. Ransom believed that there's a god in the mountain and he just went with it. How naive and pathetic. I am glad that he died in the end.

There, I even gave the ending away, so that you won't have to go through what I went through. Do not read this book. It's a total waste of your time. Oh, did I forget to mention that this book was self-published and given to me free? I figured that shouldn't matter in the review, but somehow, given the quality of the prose, it is slowly becoming relevant.

I am giving this 0.5 out of 5 stars, only because it's the lowest value I can give. If you want to read about an acid trip, read Naked Lunch by William S. Burroughs instead. 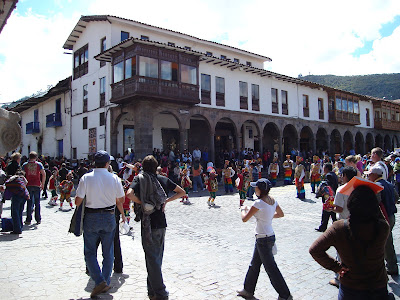 (City Parade, from my Cusco Series)