It is interesting to see what connections people with time in their hands can find. I recently found this article claiming that countries that were less believing in God were more likely to be democratic. And I thought, hmm, that actually is an interesting result.

But let's dissect this finding for a little bit. One point to notice is the fact that they limited their sampling to countries that were more or less rich. This is actually a good point, because this potentially eliminates the possibly confounding factor of wealth. It may be the case that less wealthy nations are more democratic not because they are less God-believing but because they have more money. In cases like these, one might worry that there is a multicollinearity, in which case it was a good thing to minimize this confound as much as possible.

So what did they find? They found out that the less God-believing a country is, the more democratic it is. Now, that sounds like a reasonable link. Democracy, after all, is a form of government by the people themselves, which requires every citizen to theoretically, in principle, be skeptical, empirical, and exercise critical thought. When a population is God-believing, on the other hand, there is a higher tendency to just leave the burden of thinking to God, as they say, since, after all, one is just a puny little human being, and one is imperfect to do all this thinking. So what do people do? They let God do the thinking. They just consult the [insert your favorite holy book here] and hash out some interpretation of it and act accordingly. What happened to critical thought? Out the window.

One little caveat though. The report shows that the correlation between Godlessness and democracy is significant, with a p-value of 0.03. This means that this result could have been chance only 3 percent of the time. However, if one looks at the R-squared, it is only 0.16. R-squared is a measure of effect size. In other words, given the total variance, this negative correlation of Godlessness and democracy explains 16 percent of the total variation that was observed. That is good, but statistically, that effect size is rather small. What I am trying to say is that even though it might be a neat and cool yet not surprising result, atheists should caution against attributing every root and cause to the fact that people believe in God. Belief in God is just one part of a bigger equation, and as much as I don't believe in God, I agree that belief in God can be functional in other individuals. I just personally don't find it beneficial to do so.

Perhaps I'd end this post with an observation, a conjecture. A conjecture regarding what is happening in the Arab world right now, with a domino effect on mass protests and self-immolation. Tunisians started protesting in December 18, Algerians in December 28, Jordanians in January 14, Egyptians in January 25, and Yemenis in January 27. What do these countries have in common, aside from the fact that they are all Islamic countries?

So what might be a factor here? Perhaps, not only are these people believers in God (Islam), but they are also ruled by a Godlike human, who has been in the same position for ages without being checked by their citizens, and thus has resulted in a position of infallibility. When one sits on a chair of power for too long, it is a tendency to take the powers that come with it for granted, and forget that it is actually the people who elected him/her to that chair of power, and thus have the responsibility to perform one's duties well.

The thing is, humans get corrupt. There needs to be checks and balances. Thus, people should always think for themselves and be critical about every aspect of their lives. One should exercise their freedom of thought, otherwise it might be taken away from them. People should not just pass the burden of thought to a supernatural entity like God or a dictator, but instead people should grab the right to think for themselves and act accordingly. So, regarding these protests that are currently happening in the Arab world, I actually am glad that the Arab citizens of these countries have the courage to do so, because as much as I don't like the fact that there have been casualties, sometimes, it is the only way to make changes and shift the paradigm. 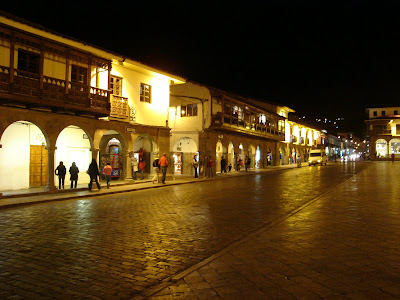