I arrived in Mexico City on the afternoon of January 11, 2011. After taking a cab from the airport to the hostel (where I blogged about here), I immediately put my stuff down and went ahead and saw the sights.

The very first sight I went to was the Zocalo (the main square; more of that later), and right in front of the Zocalo is the Mexico City Metropolitan Cathedral. 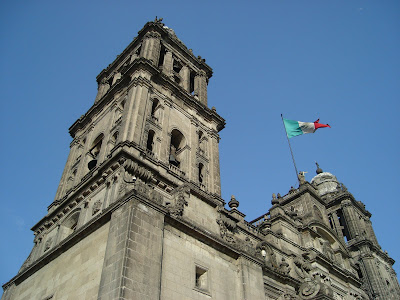 As you can see, it's quite big, that I can't fit it in my frame, unless I step back really far. This is a picture of one of the bell towers (more of that later as well), and the Mexican flag flying above it. 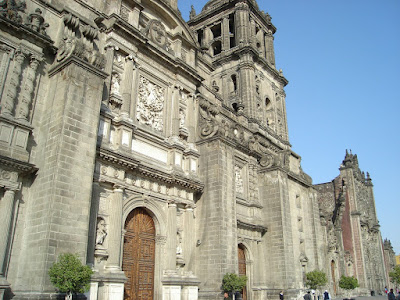 The facade was rather ornate too, although it looked a little austere with the color. There was intricate designs on the whole front of the church, as expected from a large religious institution such as this. Three doors are located at the front, and people can enter on the left and right doors, but not the center.

Inside, the interior is just fabulous, with golden decorations everywhere. Here are some photos of the inside. 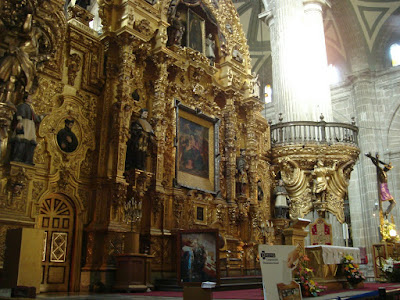 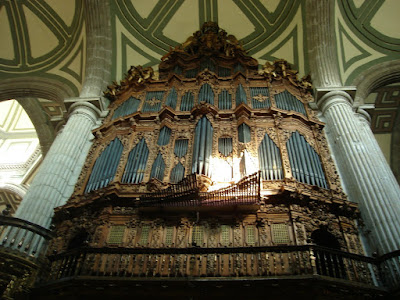 The main altar is just filled with gold, and is a stellar sight. There is also a weight hanging from the very top of the main dome, and although it cannot be seen from my picture, it shows that the ground has shifted, since the dome's center has moved. The plaque at the bottom of the weight actually documents the various movements of the whole building. 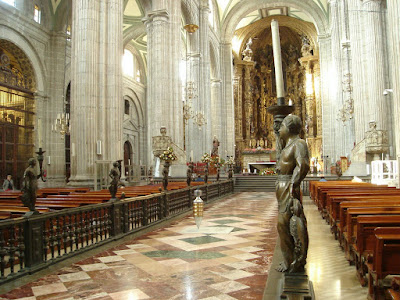 Finally, when I was there, there was a little service that was going on in another part of the church. The altar they were using was lit, and so it was especially beautiful. 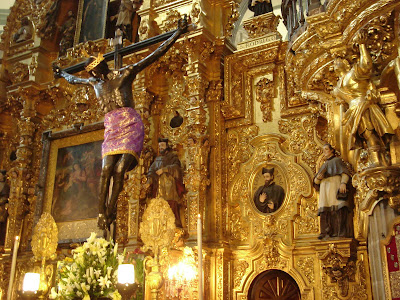 After taking pictures of the interior, I joined a guided tour of the bell towers, and walked on the roof of the cathedral. I will post an entry about that the next time.