I like visiting university campuses whenever I visit a place. And with respect to Mexico City, it was not different. Thus, I made it a point to go to the campus of the Universidad Nacional Autónoma de México (UNAM: National Autonomous University of Mexico). The guidebook I had had a walking tour of the campus that basically passed through the major pieces of artwork in the university, so I decided to check it out.

In order to do that, I had to ride the subway. The ride was an interesting experience, and I will blog about it later. I got off at the Universidad station, and armed with my guidebook, I ventured out.

I started at the Faculty of Medicine, where there was a gigantic mural that was attached to a building. And when I saw it, it was gigantic indeed. 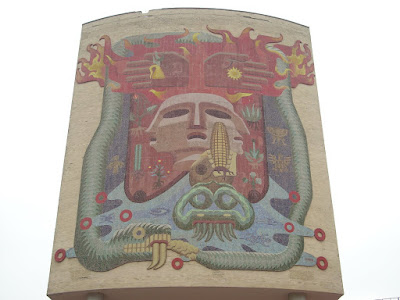 This is the mural, and it features native motifs, such as the corn, the snake, and the sun. It is a really big piece of art, and so in order to give perspective as to how big it is, here's another picture, showing how it is attached to the building. 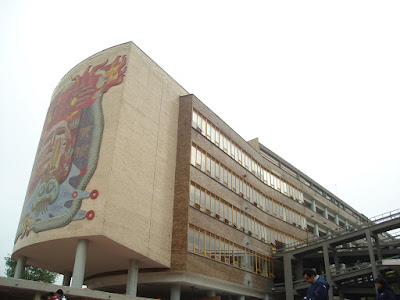 As you can see, the whole mural spans four floors. It is installed on the side of the building, so students who enter the campus can see it imposing and towering above them. 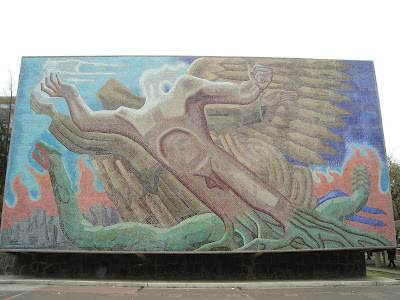 Another mural that is near the first one features this tree-like thing that turns into a human, but the head seems to be vaporizing into thin air. As you can see, it is a mosaic mural: it is made by many different and small pieces. Looking at it was quite awesome. 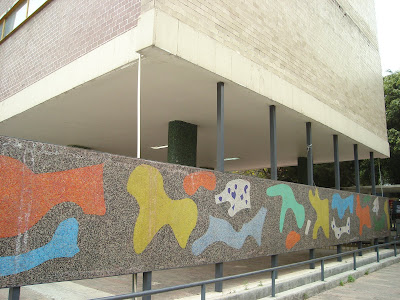 The university featured several other pieces of mosaic art, such as this wall that leads from the Faculty of Medicine to the entrance road. 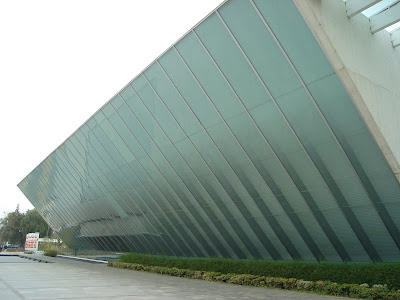 Even the buildings themselves can be considered a work of art: the picture above shows the building that houses the Museo Universitario Arte Contemporáneo, the art museum that is housed by the university. It was quite a sight, it looked like a big piece of glass that landed on earth. 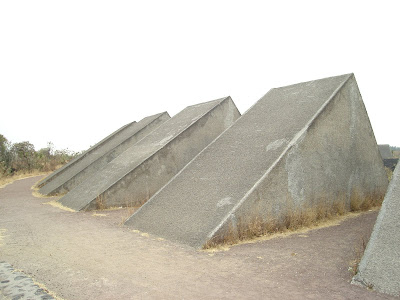 The area around the museum was also basically a huge art exhibit: there were several big pieces of sculpture that were displayed. One was this set of several large stones, shown above. These stones actually form a circle. Some other art forms include the following two pictures. 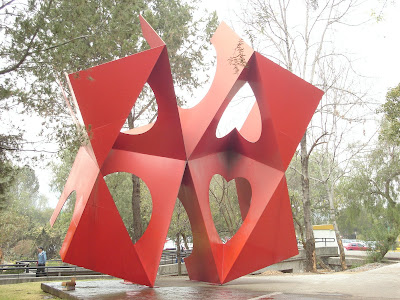 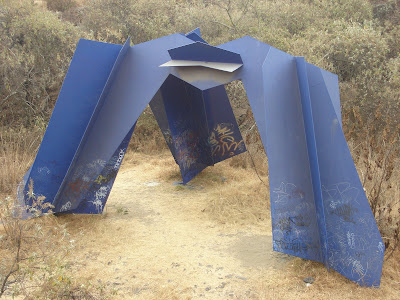 All in all, it took me about two hours to walk around the university campus and find art that is larger than life. In between, I got lost, I therefore sought the help of a person who works at the university: at one point, I looked lost that I guess it was evident in my face, so he offered to drive me to my next destination within the university. He thought I was Chinese.