In my last post, I blogged about entering the cathedral of Mexico City. It was a huge and grand place, and I figured that it would be a great idea to climb the bell towers if I can.

And sure enough, there was a tour that would go there. That was the only part of the cathedral where a guide was needed, and so I paid my 15 pesos and joined the tour. The tour was in Spanish, and with my limited knowledge of the language, I caught bits and pieces of it, but not a lot. 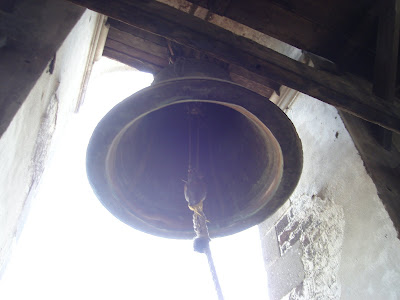 There were several bells that were installed. And they were quite heavy. The weights of the bells ranged from 2 to 13 tons. This was one of them, and I don't know exactly which is which, but they were all given names, and these were names of saints. 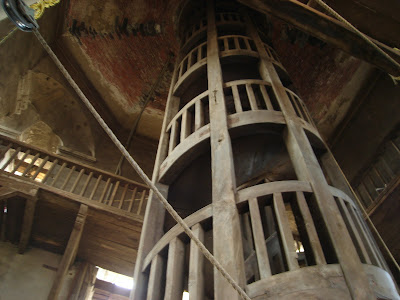 The bell towers each had two levels, and we were only allowed on the lower level for both. There is a circular staircase that allows people to go up and down the levels. And yes, there are bells on both levels, with the more weighty bells on the lower levels. 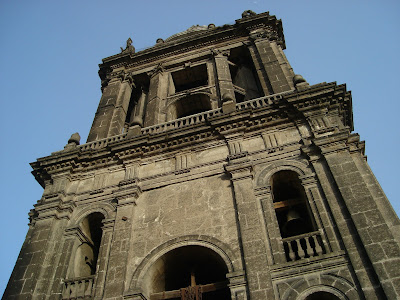 This is how the bell tower looks like: I took this photo while standing on the roof. Bells are installed inside the arches, with bigger arches on the lower level to accommodate the heavier ones. 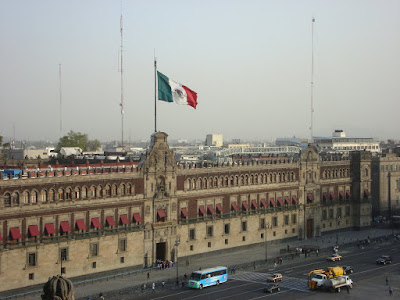 Walking on top of the cathedral allowed me to take pictures of the Zocalo, and it was a good thing that the skies were relatively clear. Here's a shot of the Palacio Nacional from the roof of the cathedral. This building houses the President of Mexico. 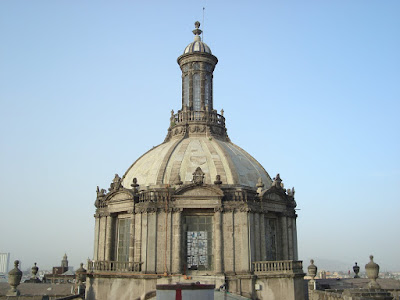 While on the roof, we weren't allowed to move much, but only in a small designated area. After all, we're walking on a roof, and the floor wasn't flat. It however, provided an interesting new perspective on the cathedral, allowing me to see something that is usually not seen, such as the outside structure of the main dome of the church. The dome above is where the weight which I showed earlier hangs.

All in all, the cathedral was a fascinating place. I considered my 15 pesos well-spent, and it was a great introduction to the city that I conquered.