Since I am a fan of historical and archaeological sites, I figured that it would be a bad decision if I visited Mexico City and not visit Teotihuacán, especially, since this happens to be one of the largest archaeological sites in Mexico, and it happens to be just about an hour away from the city. Thus, the day before I left Mexico, Puku and I decided to head off and see what Teotihuacán is all about (for a different perspective, I suggest reading his blog post about the same visit).

First, it involved us going to the bus station. Since Teotihuacán was located north of the city, we had to go to the North Terminal. Once we got there, it was interesting to see that there were buses that went everywhere. There were even buses that went all the way to Chicago! For all intents and purposes I could have hopped on one of those and then catch a Greyhound bus to Buffalo. I wonder how long that return trip that would take.

Anyway, our bus ride was shorter than that. We bought tickets, and fifteen minutes later, our bus was on our way. As is the case with Puebla, I enjoyed the bus ride. After an hour, we found ourselves in Gate 1 and bought our entrance tickets. After fending off the tour guides that offered their services, we went in and saw the great enormous expansive archaeological complex. This I think is the second largest archaeological complex that I have seen so far, the largest being Machu Picchu. 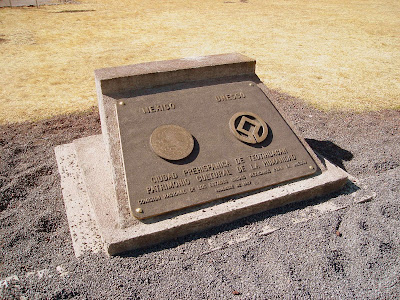 Upon entering, we saw the above plaque. Yes, I have another UNESCO World Heritage Site under my belt. I wonder how many world heritage sites I have visited already. I should start counting, because seriously, they're awesome. It makes me want to be an anthropologist, although the fact that most anthropologists do fieldwork in remote places and take ages to finish their dissertation is kind of a deterrent. 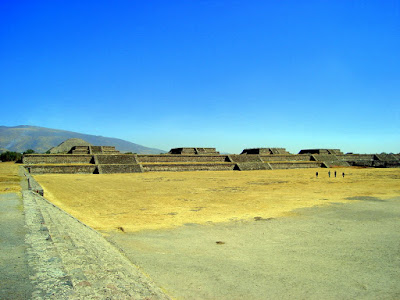 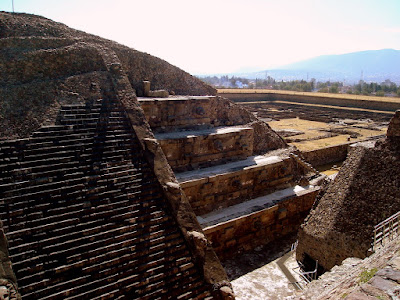 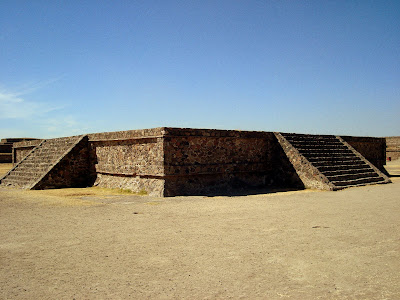 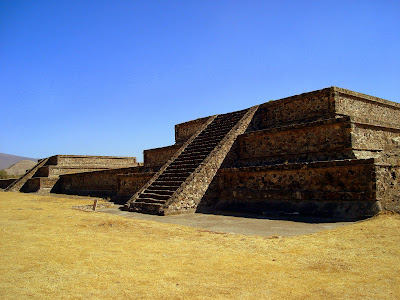 If you look at the next photo, it shows a detail of the Temple of the Jaguar. The jaguar head is featured prominently in the staircases and on the walls. I am not sure whether the excavation for this one is finished, since there were clearly signs of on-going work.

Finally, the third and fourth photos show several other smaller units of the temple: there's a stone platform right smack in the middle of the courtyard, shown in the third photo, and the fourth photo just shows another section of the perimeter area. 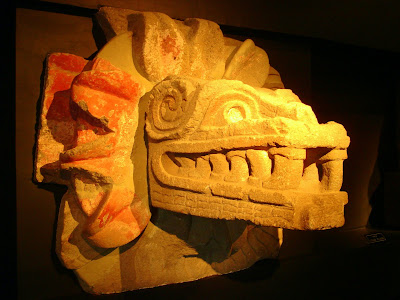 The whole archaeological complex also contains a small museum. This houses the various artifacts that were found. There were some interesting human skeletal remains that were on exhibit, but perhaps the most interesting one for me was this big stone figure of a head. I am not sure what animal this is trying to depict, but it was definitely big. 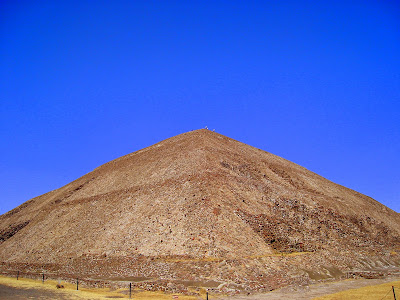 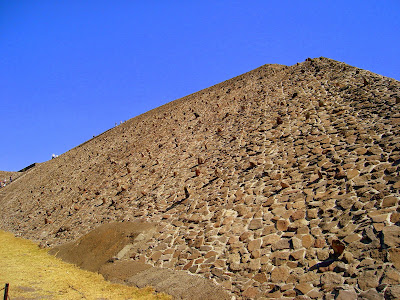 The two photos above show the Pyramid of the Sun: this was our next stop. This is the third largest pyramid in the world, after the Great Pyramid of Cholula and the Pyramid of Gaza. The second photo shows a detail of the pyramid surface, which made me think how awesome it would be if one can rock-climb on that surface. It reminded me of the flying steps that I have seen when I was in Peru. 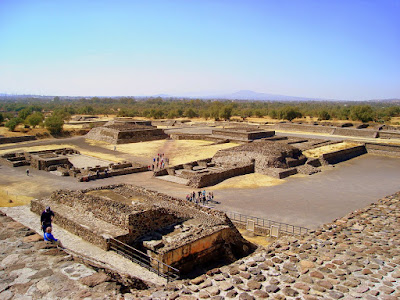 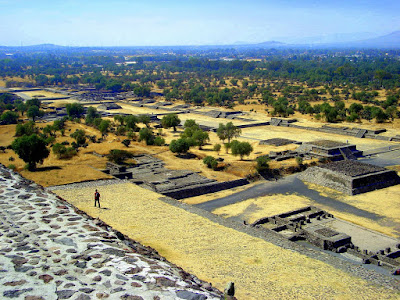 The next two photos above show some sampling of the view from the Pyramid of the Sun. We climbed all the way to the top, and I forgot at which level I took these two photos. The view from the top however, was amazing, and it shows how big the whole complex is. In the second photo, you can see Puku exploring the edge of that particular level. 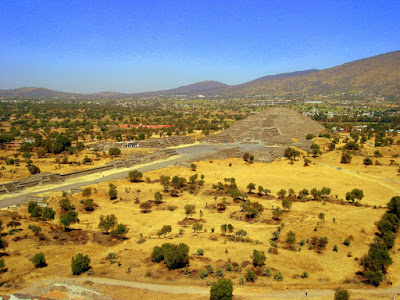 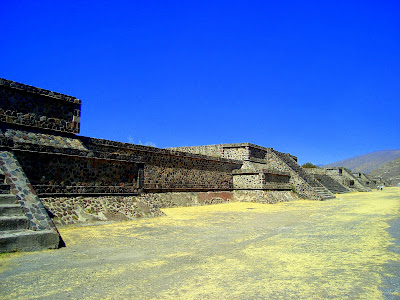 Of course we went to the Pyramid of the Moon, so after descending from the Pyramid of the Sun, we headed there. We walked down the Avenue of the Dead, and this is how it looked like. There were several smaller structures on both sides, and one can climb up and down them as they please.

So yes, overall, this was an awesome visit. We scheduled it to be the last thing I visit before I leave the country, so it was a great way to end a vacation. This doesn't mean however, that my travel blog entries are done. There are still plenty of things I haven't blogged about; watch out for them soon!