In one of my previous posts, I wrote about how we went to Coyoacán and how I loved the atmosphere of that neighborhood. Well, there was a reason why I picked that neighborhood, and that was because that was the neighborhood of a rather famous Mexican artist, none other than Frida Kahlo. I knew little about her until I watched the eponymous movie.

I remember liking that movie, and so since I was in Mexico, I figured I pay her house a visit. I also remember being struck by her paintings, so that was another reason to go. So, I ventured off after our Coyoacán walk, and headed to the museum. 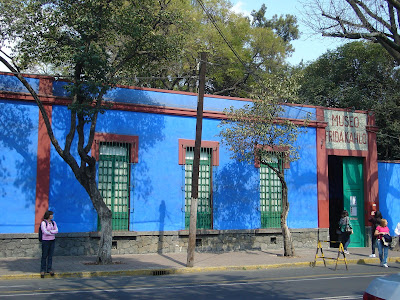 Here it is! That Blue House, which stands on the corner of one of the streets in Coyoacán. I was excited to enter.

After paying my student entrance fee, I ventured inside, and basically saw the house where Frida and her husband Diego Rivera lived. There was a sign saying that fact, which I took a picture of. 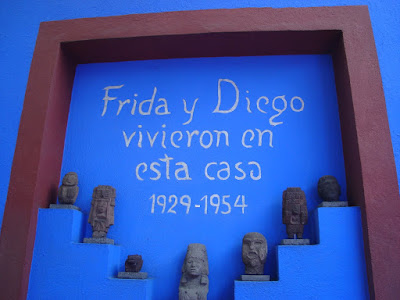 It is quite unfortunate that they didn't allow me to take pictures of the interior of the house, because the interior was rather amazing. I saw Frida's kitchen, Frida's artwork, Frida's studio, even the bed that Frida used where a mirror was attached on the top part because she was confined to it due to an accident. Judging by the size of things, she must have been a rather small woman. Oh, and I also saw the bedroom where Leon Trotsky slept, when he fled Russia and became a houseguest of Frida and Diego. 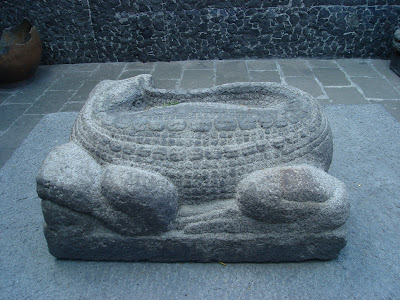 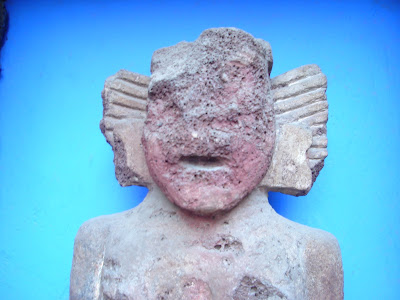 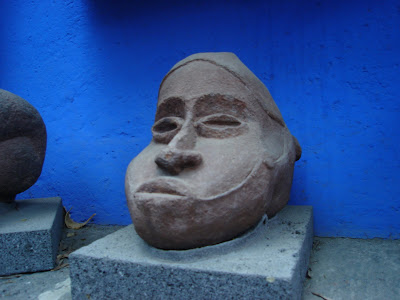 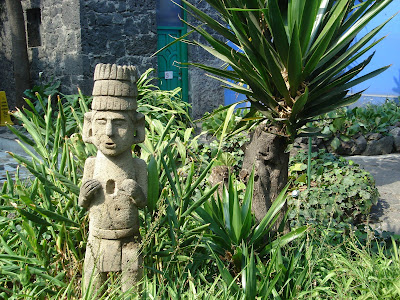 I was only allowed to take pictures in the garden, so I did the best I can. There were random pieces of artwork scattered around the garden, and it seems that Frida embraced the indigenous culture of Mexico and incorporated them as much as she can in her art. The pieces of clothing that she wore and were on display in the museum also testified to this fact. 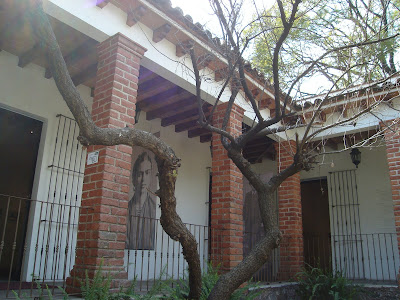 Frida's artwork weren't the only things displayed in the museum. The museum also displayed several photographs of Frida and her father, and it was housed in a separate building, shown above. 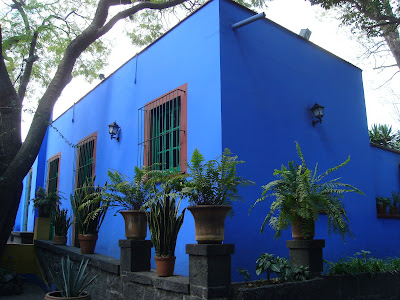 So after spending about an hour in the museum, I headed out. I was glad I visited that, it was a very informative and culturally-enriching visit in my opinion. I have the impression that artists usually lead quite interesting lives (i.e., they get drunk, they sleep around with both men and women, they don't have a lot of money, they have turbulent relationships), and in Frida's case, it was very much so. I recommend visiting this museum whenever you are in the vicinity.