I always loved land travel. As much as I find it fascinating to walk through a jetway, sit in a metal tube, and then walk through a jetway again and find myself in a totally different location, I am still fascinated by land travel, since I am able to see the road, and observe how the scenery changes as we go. I usually find a hard time sleeping in a bus, since I tend to look out the window. Thus, we made it a point to visit a place outside of Mexico City, and for that reason, we went to Puebla.

Puebla is located in Puebla State, and is east of Mexico City. It is about two hours by bus. We visited this colonial town together with Cholula (more of that later). Apparently, the historical center has a World Heritage Site status, and upon arrival, we definitely saw why. 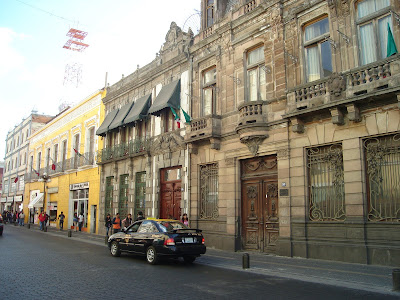 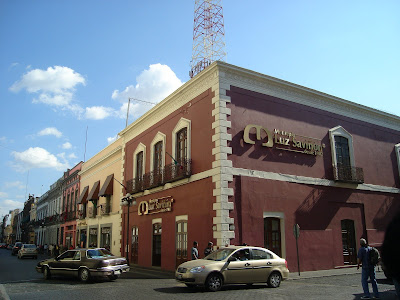 The above pictures are just two shots that exemplify how the street-scene in Puebla is like. There's plenty of buildings that have ornate facades, usually with a display of the Mexican flag. I especially like the wrought-iron balconies that most buildings feature. And they select colorful paint too. 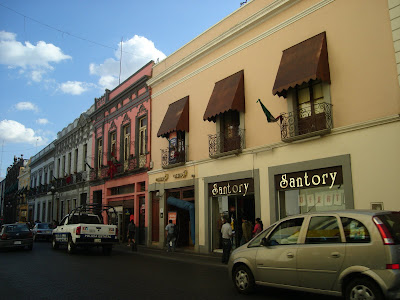 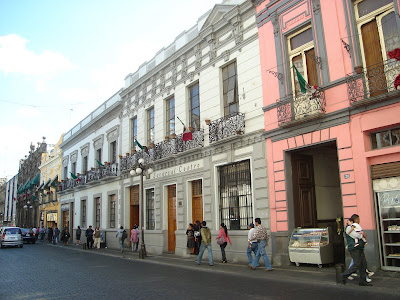 It's a big city I think, but I like the fact that there is a division between the historical center and the more modern developed area of town, which was north of where we were. We decided to go to the center of town and discover what it is all about. 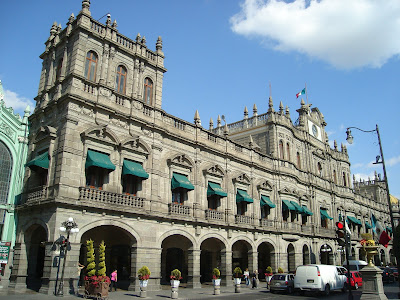 This is the municipal palace. It looks grand enough that it seems this is a building that serves functions at the national level, but no, I think it is only the city or state government seat. I am not really sure. Here are some other shots of the buildings around the historical center of the town. 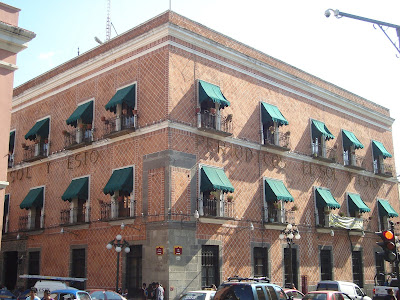 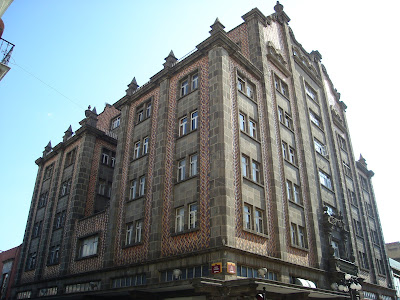 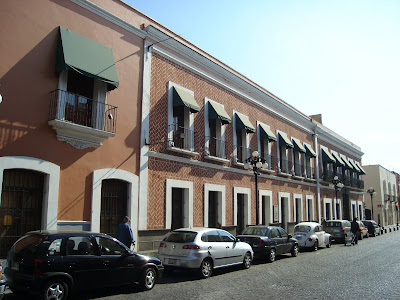 Later on, near the end of the day, we saw a rather large group of demonstrators that were shouting slogans outside the Municipal Palace. We decided to check it out ourselves. 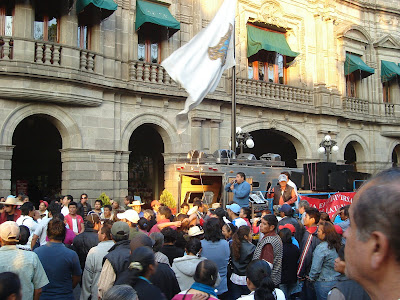 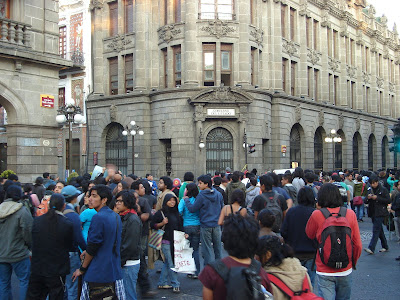 So yes, Puebla was a fascinating place. They have a wicked historical center, their buildings are adorable, they kiss and make out like a professional, and they also know how to do a street protest. And I haven't even talked about the mole poblano.