I always make it a point to attend two productions of the university's Theatre and Dance Department every semester. They produce a dance recital, a musical theatre performance, and a play, in addition to other student-run performances throughout the semester. I don't have much interest in dance, but I always buy tickets for the musicals and plays. And recently, they produced the musical A Little Night Music by Stephen Sondheim.

I knew nothing about this musical, except for the fact that I was told that this features the song Send in the Clowns. Anyway, as a short synopsis, this is the story about several couple's relationships. There's Mr. Frederik Egerman, who used to be in love with a certain singer Desiree Armfeldt. However, that was in the past, and now he is married to 18-year-old Anne Egerman. They've been married for 11 months now, but Anne is still a virgin. Frederik has a weird dysfunctional son, Henrik, who has been preparing to enter the religious order. Desiree has an illegitimate daughter, Fredrika, who lives with her grandmother in the country. Desiree also is having an affair with a Count. The Count's wife, however, is friends with Anne Egerman. In the end, this story is about several couples who at first is mismatched but eventually they all end up happy.

Regarding the performance, there is a reason why I have been faithful in watching the productions of the theatre department here. I am always impressed with the functional way they do things. They actually made it into a two-piano production: thus, there weren't no big orchestra involved. What's neat is how they incorporated the two pianos into the stage, as the pianos were interwoven into the storylines. I also found interesting how the characters themselves were utilized to move things onstage to transition in between scenes.

There were a few memorable performances during the night. The best one I suppose was by Richard Steele, who plays the tenor role of Henrik Egerman. Yes, to some degree, this character fills in the role of comic relief, since the other characters are involved with frivolous issues such as love and lust, while all Henrik cares about is theology and his pessimistic view of the world. And yet it was delivered with passion that made everyone's blood stop as that high note was perfectly hit.

I also liked the performance of Eva Tashjian, playing the mezzo soprano role of Madame Arnfeldt. This role requires her to sit in a wheelchair for all the times she appears, and she fills this role well. I've always liked Eva Tashjian's performance, whether she's singing or not. If I remember correctly, she played the role of the Stage Manager in Thornton Wilder's Our Town, which I watched last year.

Overall, I think it was a wonderful performance. I was glad I got a ticket, because apparently, the Friday night and Saturday night performances were already sold out! It was a performance that resulted in a very wonderful evening. 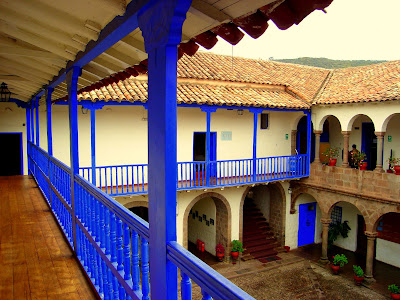