One big destination in Mexico City is this place full of greenery, called Bosque de Chapultepec, or in English, Hill of the Grasshoppers. In fact, the visual signage that was displayed in the metro station for this park involved indeed a giant grasshopper. However, contrary to the name, we never saw any single instance of a grasshopper while we were there.

Okay, so we decided to visit this place on a Saturday (or was it a Sunday? I don't remember anymore). What I was sure of was that it was the weekend, and due to that fact, entrance was free, when in other days it usually isn't. Thus, as a consequence, there were plenty of families and their children. One amusing thing about this is that Mexicans apparently are fond of tying their kids with leashes. They even sell those leashes to the parents on site! The parents will then tie it to their kids' waist and they have the other end. In this way, the kids won't be lost! It was a neat idea that Puku was so fascinated and took plenty of pictures about it!

Speaking of children, the very first thing that we saw in the hill was the Monumento a Niños Héroes. This monument consists of six obelisks that are ornamented with birds of prey. These commemorate the boy cadets that plunged to their deaths instead of surrendering to the gringos in 1847. The following pictures show this monument, and the second shot portrays a detail. 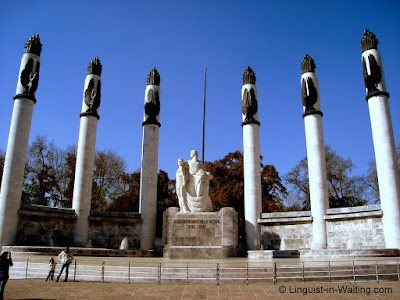 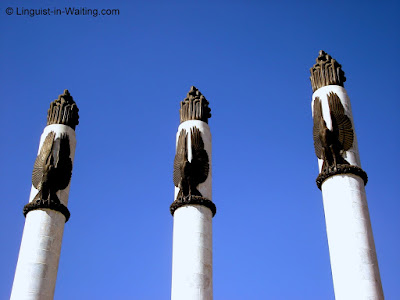 There were plenty of people and it was hard to take a photo with no person in it. Anyway, our destination was right in front of us, and all we had to do was climb the hill. 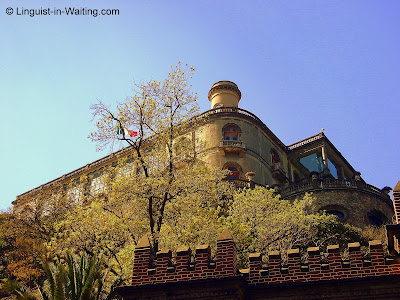 When we looked up, we saw the above picture, which is our ultimate destination for the day. According to its Wikipedia article, it's the only castle in North America that was inhabited by a royal sovereign, when Mexico had its royalty. A few hours later, we would find ourselves atop that building and admiring the expansive reach of the city. 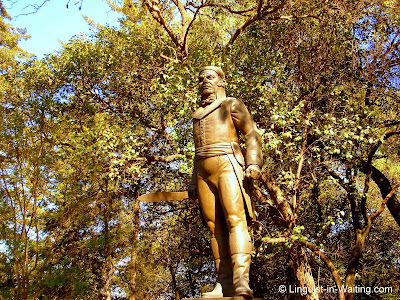 There was a slight inconvenience in entering this establishment, though. They were very strict in liquids, and they didn't want our water bottles inside the complex. There was a locker room at the entrance, but the people guarding there were not consistent; they told us that it was okay to bring it in, but the guards further up said that it was not allowed, thus, we had to throw our water away. But hey, that's minor. Anyway, we did the stroll on the path leading up, and it was lined with several statues, one of them the one you see above. 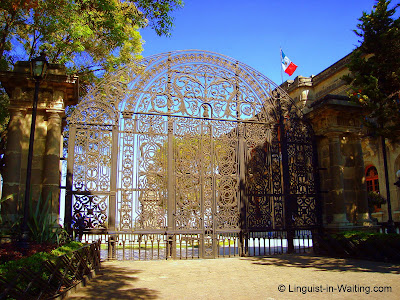 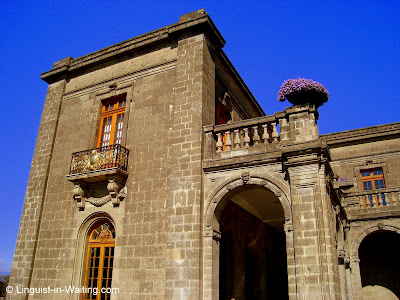 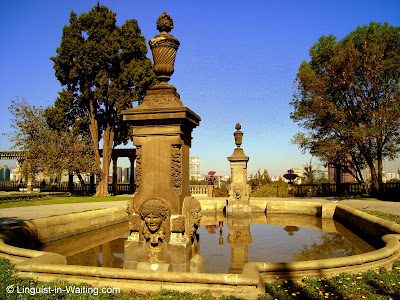 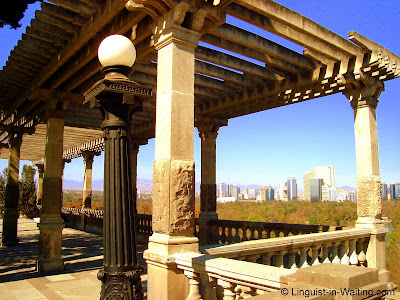 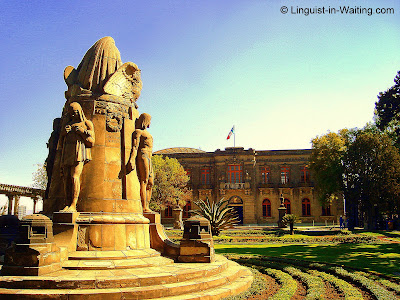 The five pictures you see above show several features of the outside of the castle. I loved the wrought iron gate, and the gardens overlooking the city. I definitely could spend a few hours clicking away in the expanse of the property.

Anyway, that was just the outside. The inside contents of this building will be shown in a future post, so stay tuned!