The Alameda is a neighborhood that is immediately west of the Zócalo. This is an artsy neighborhood, centered around the municipal park bearing its name, and it is surrounded with fascinating small museums. I'll publish a post about the whole area next time, but for now, let me write about one museum that is located in the neighborhood which I found very fascinating, the Laboratorio Arte Alameda.

This museum, or art gallery I should say, is located inside a small church, or rather, ex-church. Yes, it used to be a church, now it is a gallery that exhibits experimental and avant-garde pieces of art. And when I was there, there was a rather interesting exhibit, centered around the theme of revolution. Thus, there were plenty of pieces that were exploratory and revolutionary in nature. Perfect! This was my kind of thing. 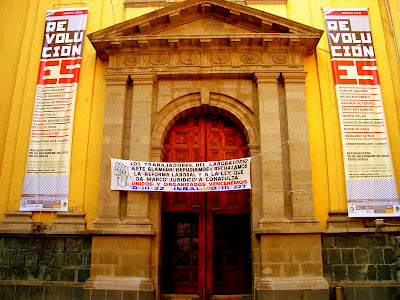 This is the entrance. It's located at the western side of the park, and the road in front of it is a pedestrian road that is more of an alley than a road. It's a little hard to find, and for that, it scored big points for me. When I visited, I was the only one there, it was quite an intimate artistic experience. 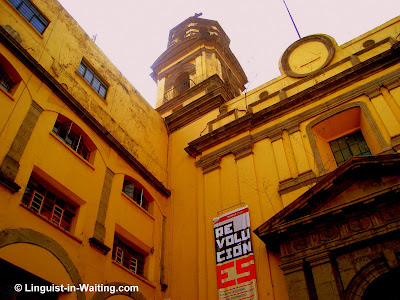 Since this was a church, there's a tower attached to it. The photo above was my attempt at an artistic shot. 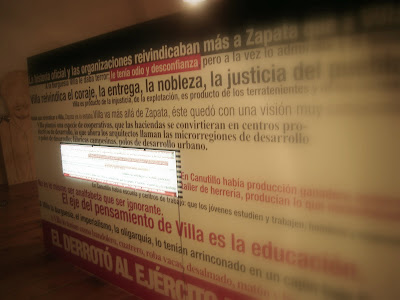 The first thing I saw was actually this exhibit that was located on the second floor, where the organ and the choir is supposed to be, if this was a church. It's this collection of poster boards that featured revolutionary messages. In order to reach that, one climbs this circular staircase, that is installed with speakers that broadcast revolutionary messages. It sounded like some recording or propaganda, and it reminded me of Che Guevara. By the time I got up, I felt a little dizzy, like the picture above. 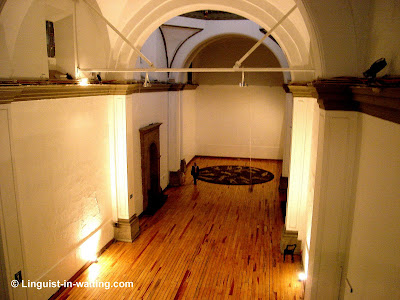 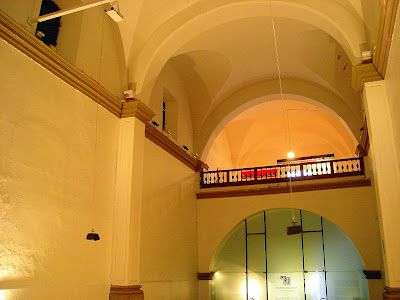 Sound features a lot in this exhibit. The next thing I saw is shown in the above two photos: there's two speakers that swing on a pendulum, in an otherwise empty room. They again, are broadcasting revolutionary messages. It was quite ingenious in my opinion. 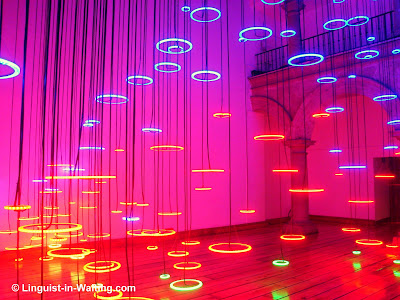 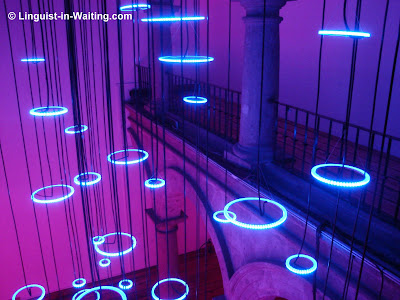 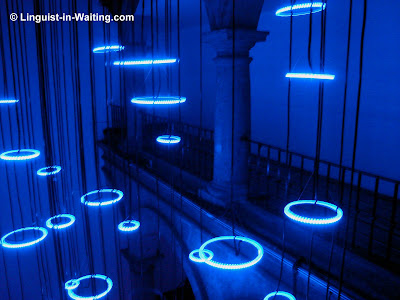 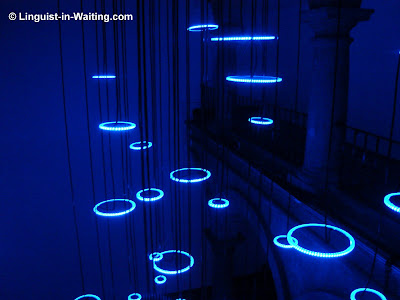 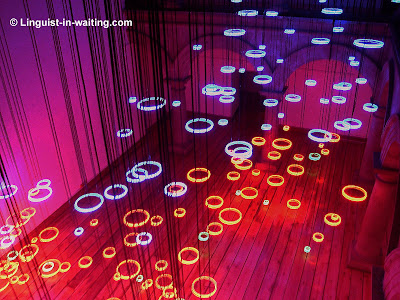 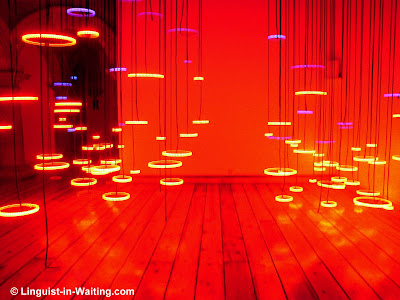 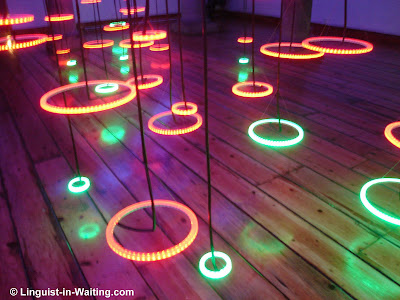 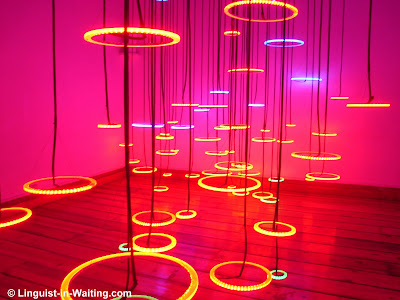 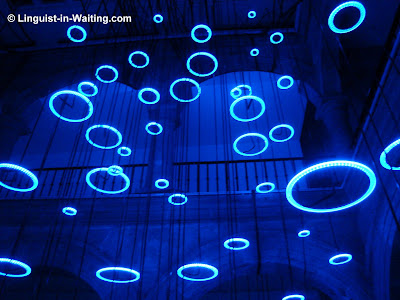 The next nine photos you see above are shots of the best thing I saw in this museum. There's this room that was filled with circular LED lights that flash in different colors. It varies a lot, and I couldn't quite predict the sequence that it was programmed to do so. I was able to experience this installation from both the second floor and the first floor. I had fun in this one, and I took plenty of photos. It was just a bizarre experience surrounded by this halo of lights that were ever-changing. 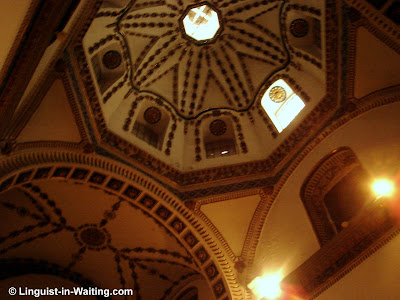 The church was still a magnificent structure, even though the things that are usually inside that contribute to the beauty of one have been removed. For instance, the ceiling, as shown in the photo above, still is a marvel to observe. 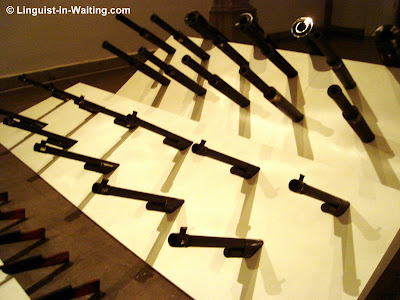 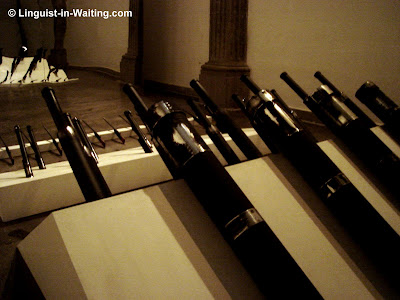 The two photos above show this exhibit of guns. There were several guns that were arranged in a certain formation, and they were pointed at a mirror. Beyond the mirror, there was a tapestry on the floor with outlines of dead humans, as is shown in the final photo. 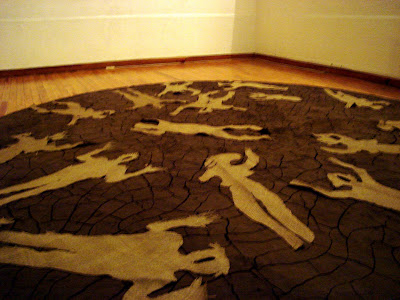 So yes, I had fun in this one. If ever you're in Mexico City, take a chance to visit this little gallery, and who knows, they might have another interesting exhibition that is taking place.