I love art museums. It might sound elitist, but I simply do. It's fun sitting in a big gallery gazing at this huge piece of art in front of you. It's just mind-boggling looking at all those little details that a painting has. I definitely had that wonderful experience seeing in the flesh Salvador Dali's Soft Construction with Boiled Beans at the Philadelphia Museum of Art a few years ago. So whenever I am in a city that I haven't been before, I make sure that I make at least one visit to the local art museum. Mexico City was no different.

Mexico City has its own Museo Nacional de Arte (National Museum of Art). It's a big place, as usual, and I basically spent a good part of an afternoon meandering inside this awesome institution. The entrance is graced by the statue of El Caballito, which used to be installed in the Paseo de Reforma, but moved to its current location. I already showed you a photo of it in a previous post, here.

I had to pay 15 pesos to enter, by virtue of being a student. I was able to take photos, but I had to pay a photo ticket as well. Ah, I don't mind, I am big on photos anyway. But, instead of showing you what's inside in the exhibits, I'd rather show the building, as no amount of post-photo processing can do justice to artwork. 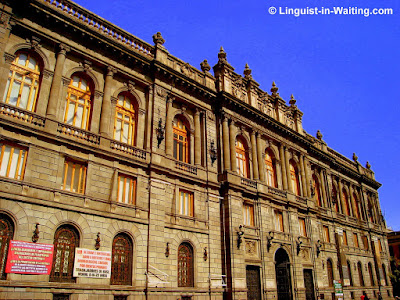 This is the facade. It's a rather stately building, and in front of it are several buskers, mostly at night. I walked the street in front of this museum several times, starting from my first day, when I walked all the way from my hostel to the Mercado San Camilito to get a bowl of birria (goat stew). That night, there was a rather impressive saxophonist in front of the equestrian statue, that even I was moved to give some change. 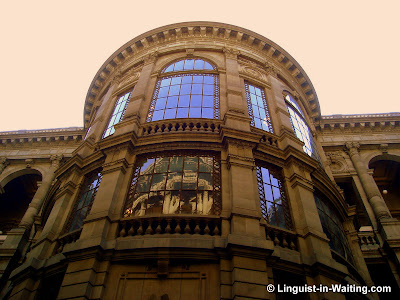 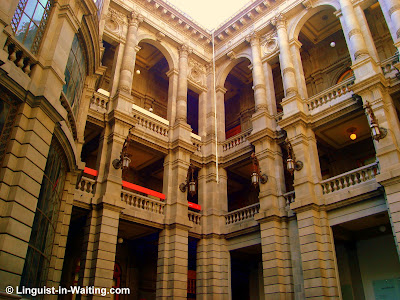 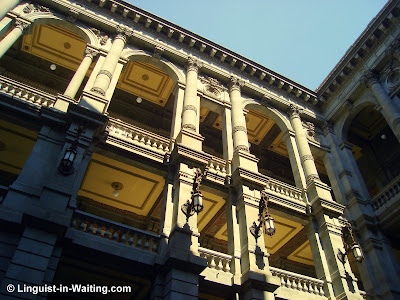 The building has three floors, as you can see from the photos above. There is an inner courtyard, something that I have noticed to be popular in Latin America. Whether it's a small hostel like the one I stayed in Cuzco, or whether it's a big building like this, the building is designed to have a donut-like structure: the rooms form a square, and there is a courtyard in the middle. The same goes for the building that houses this art museum. 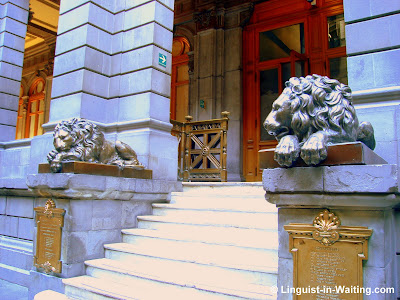 There are lions that guard the entrances. They lie next to the staircase that one has to climb in order to enter the rooms. Although, as my next picture shows, they aren't too ferocious. Instead, they look sleepy to me. 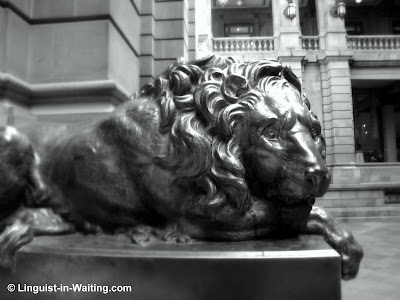 The interior of the museum does not disappoint, architecturally. Of course, the artwork that are contained inside these walls are superb, but the building itself is magnificent as well. The following two photos illustrate the awesome ceiling and the bronze staircase. 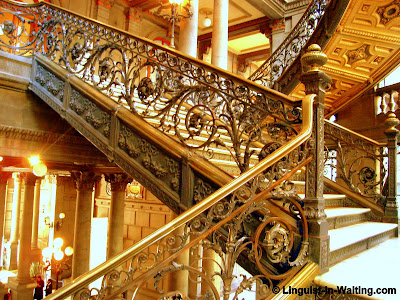 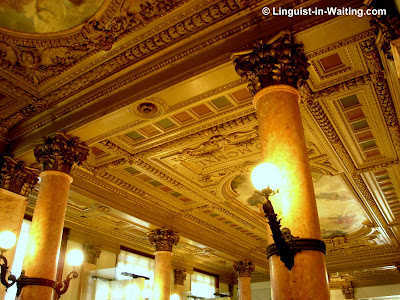 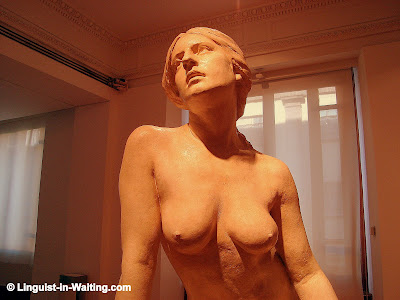 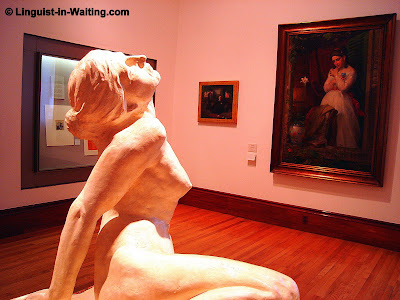 I still have a couple more posts to cover my trip in Mexico City. Watch out for them in the future!