Recently, I have attended a performance by the Ysaÿe String Quartet, since they have visited Buffalo recently and performed part of the Beethoven String Quartet series that have been established on campus for quite a while now. Since I was able to get some complimentary tickets, I attended the concert. With the exception of the JACK Quartet recital a few weeks ago, I haven't been attending the string quartet performances before since they have always been playing Beethoven, and therefore I felt like there are plenty of other string quartet music that deserves to be played.

Anyway, for the evening's program, there were three things that were listed: Beethoven's Quartet in D Major, Op. 18 No. 3, Grosse Fuge in B-flat Major, Op. 133, and Quartet in F Major, Op. 59 No. 1. Incidentally, I heard the exact same program 3 years ago, when I attended the performance of the Tokyo String Quartet. Now, why would the program be the same? It is because this is part of the fund that was established by a couple of well-off music patrons. They established a fund that would allow the performance of all of Beethoven's string quartets in one year, for a total of 6 concerts. And not only did they dictate that all string quartets should be performed, but also that they would be performed in a particular order. Therefore, the third concert in the series would always be these three pieces.

Anyway, I was amazed at the performance. In fact, during the intermission, they had a standing ovation that the audience forced them to come back out on the stage and be applauded again. And at the end of the concert, they even gave an encore to the delight of everyone in the audience.

This is one of those rare things in which I can compare my reaction to the same concert a few years later. I realized today that I didn't like Beethoven's Grosse Fuge. Don't get me wrong, I liked the performance, but I just didn't like the piece. I thought that the combination of two violins, a viola, and a cello was not the best way to illustrate counterpoint, and that the grosse fuge was not grosse in the sense of big, but gross in the sense of ugly. I found the sounds grating, and I wondered what entered Beethoven's mind to use the string quartet as an outlet for contrapuntal music.

Now this dislike is surprising, because 3 years before, I apparently liked the piece. And yet three years later I hated it. Well, it seems that people's preferences change, and the same is true with music. I used to like that piece, but not anymore. Let's see if I hear that piece again sometime in the future as to whether I'd have the same reaction or a different one. 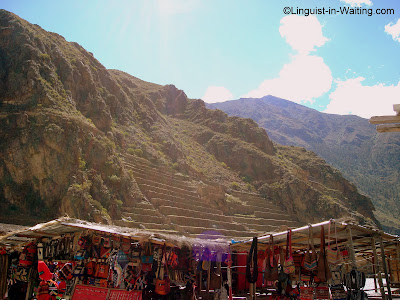